Women’s hair in the 1920s was serious business. While long hair was considered as graceful and feminine, short hair was thought to reflect your personality as blunt and outspoken. Women were generally not allowed to keep their hair short as it was considered to be very scandalous. For this reason, women did not actually cut their hair short, but provided an illusion of short looking hair by tying them in a bun or chignon. This era was defined by cultural and social rebellion. Women all over the world started to find it difficult to manage their hair and create occasion worthy hairstyles. African women found it difficult to straighten their hair to achieve the feminine look while American women struggled to curl their hair to get the desired short hair look of their favourite vintage hairstyles.

This is when the short haired bob style came into existence. Women waved goodbye to their long feminine hair and began welcoming shorter hairdos. This hairstyle was criticised by many and they were left at the mercy of the society. Flapper hairstyles were the most popular hairstyle of the 1920s. Women were becoming more advanced and they decided to do what was right for them rather than doing what society wanted them to do. They felt more comfortable having short hair and felt that it revealed their actual personality.

Hairstyles Inspired from the 1920s

Women of the 1920s were independent and loved to play with their hair and makeup. They broke free from the norms and customs of the society and did whatever suited them best. They began to live life to its fullest and this is when the modern women began to emerge.

We are going to pay homage to those beautiful women and look into some of their vintage hairstyles:

Flapper hair was quite the rage in the 1920s. If you remember The Great Gatsby then you must be familiar with the glamorous flapper hairstyles from this era. The silky straight bob cut of Daisy Buchanan stole the entire show. Her hairstyle was chic, sophisticated and highly flattering. Women who like to party were generally the ones who opted for this hairstyle. They were classy, trendy and sexy all at the same time. They also liked to accessorize their hair for any big event to make the flapper hairstyle appear more rich and flawless. A simple hair accessory could mix glamour with chic. 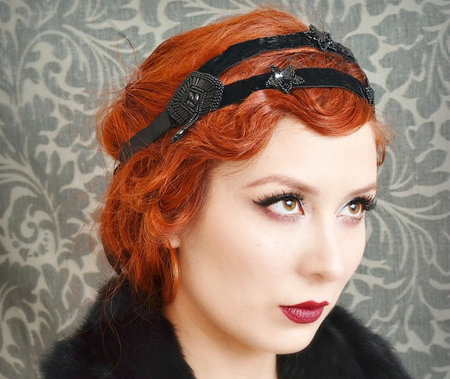 This is a simple, yet classic hairstyle. This hairstyle gives you the romantic vibes and it makes you remember all the old movies of Hollywood. It is not only glamorous, but also timeless. It is easy to create and does not take much of your time. Women in the 1920s loved this look because polished curls were the best way out for black hair. It looks fantastic and it fits almost all generations. This hairstyle accentuates the facial features of every woman. It not only makes them look bold and fancy, but also brings out the grace and femininity of a woman. It can be done on both dry and wet hair, so if you have never tried this look, we suggest you do.

This hairstyle inspired from the roaring twenties definitely adds a lot of drama and dimension to the hair. The waves in this hairstyle are generally defined as the ‘S’ shaped waves which often went flat against the head. The style initially originated to spice up the strict bob look of the fun-loving flappers. It was a popular hairstyle back in the 1920s, but nowadays they are back again and this hairstyle can be created on both long and short hair. Nowadays finger waves are not done on the entire head like before. It is only limited to the front section of the hair close to the hairline. Nonetheless, it is still feminine and absolutely vintage. It is great for women with short bobs or for women with straight long hair. Too many layers might not hold the shape so it is usually recommended for even hair texture. This is great for events and special occasions as it can give a very vintage and glamorous touch to your overall look. 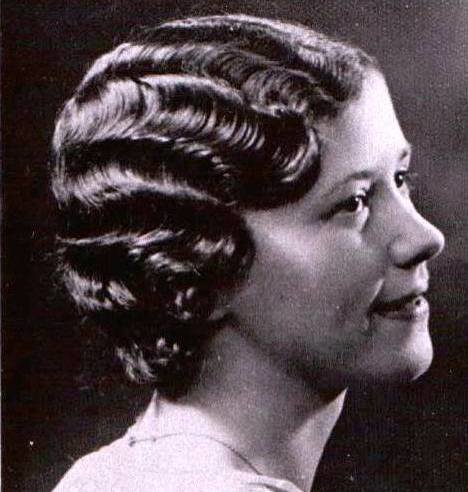 This hairstyle came in handy when women in the 1920s were not allowed to cut their hair short but they still wanted the appearance of short hair. In this hairstyle, the long hair is so perfectly styled that it gave an illusion of a bob cut without having to actually cut the hair. This hairstyle was very popular in the 1920s and if you are still not over the Gatsby fever then this is a great hairstyle to try. This hairstyle is perfect for all those ladies who think long hair is boring and wants to experiment with their hair. This is a major style trend and it also enables you to know whether you actually want to go for a bob or not. This style is absolutely timeless and will provide you with the much needed vintage look.

When it comes to wavy hair there are many popular variations of it, such as beach waves, slept in, etc., but polished wavy hair is a great way to accentuate the wavy hairstyle. It was a very popular hairstyle of the 1920s and it looks great on both long and medium length hair. The Hollywood wave hairstyle is still as popular as before and it requires only a little effort and technique to achieve this hairstyle. The waves can be left tight or loose as per your liking. This Hollywood glam hairstyle is impossibly impeccable and it looks über chic and modern. This hairstyle appears to be voluminous and fresh and it frames your face quite well. Too much hair accessories are not required to beautify this hairstyle. The shiny and luxurious hair speaks for itself. Also, a tip would be to use a good hairspray to keep the hair in place without making it too rigid. 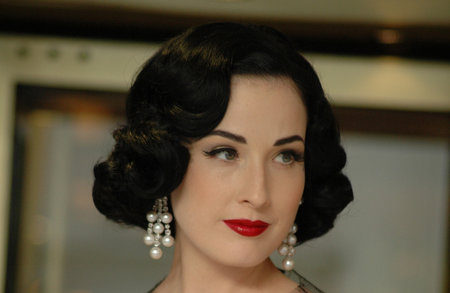 The 1920s was a golden era and it was the time of all new and innovative styles emerging all around. Women of the 1920s were known to be wearing shimmery dresses and feathered headbands with long cigarettes in hand. They loved to live their life to the fullest and liked to dance their worries away. The hairstyles mentioned above are just some of the ways you can pull off the flapper look. If you want to sport a vintage hairstyle only for specific occasions, go for natural-looking wigs instead. These wigs are made from 100 percent human hair, and with meticulous care, you can still be able to style your hair in different ways. I hope you enjoyed reading this and that it has helped you to decide which look works best for you.

Mariyam is a beauty blogger at The Beautyholic Blog. Being impassioned by writing, she’s been blogging for more than 4 years and is still going strong. In her pastime she loves cuddling her pets, watching movies and reading online articles about beauty, fashion, and lifestyle.