Martial arts are not about fighting, but about spiritual and physical discipline. Martial arts have a philosophy behind them that is often overlooked or misunderstood. This article will take you through some of the most popular types of martial art and discuss their philosophies to help you decide which one best suits your needs.

Martial Arts also vary widely from style to style with each having its nuances that may be suited for different people based on body type, age, medical conditions, etc. There are many styles including Karate, Judo, Brazilian Jiu-Jitsu (BJJ), Muay Thai Kickboxing, Tae Kwon Do (TKD), Kung Fu/Wushu (Chinese Martial Arts), and Aikido to name a few. Rooted in these ancient techniques new sports have been developed in the past few decades, with Mixed Martial Arts(MMA) being the most popular.

Focus On One Or Explore Many?

Every martial art has its benefits. For example, Tae Kwon Do emphasizes discipline and self-control, while Judo is focused on using an opponent’s energy against them. Brazilian Jiu-Jitsu is a ground-fighting art that focuses on grappling and submission holds. Muay Thai Kickboxing is a stand-up striking art that uses kicks, punches, elbows, and knees.

While each martial art has its benefits, Mixed Martial Arts (MMA) is a combination of many different styles and allows for a greater range of techniques. It is also a very popular sport with many gyms, and some say there are the best MMA gyms in Atlanta. Going to them can be a great first-hand experience of every sport before you decide whether or not you are a good fit. Many of these gyms offer different classes, from Muay Thai to Brazilian Jiu-Jitsu. You can opt for group training, which has many amazing benefits, or if you are more of an introvert and like to have a self-pace consider booking a personal trainer and trying that out.

One of the great things about martial arts is that anyone can do it, regardless of size or age. With so many different styles to choose from, there is bound to be one that is a good fit for you.

At What Age Should My Child Start Martial Arts?

There is no one answer to this question as each child develops at their own pace. However, most experts agree that children as young as 3 or 4 can begin to learn the basic concepts and techniques of martial arts. As they get older they will have the opportunity to explore different styles and find the one that best suits their needs. 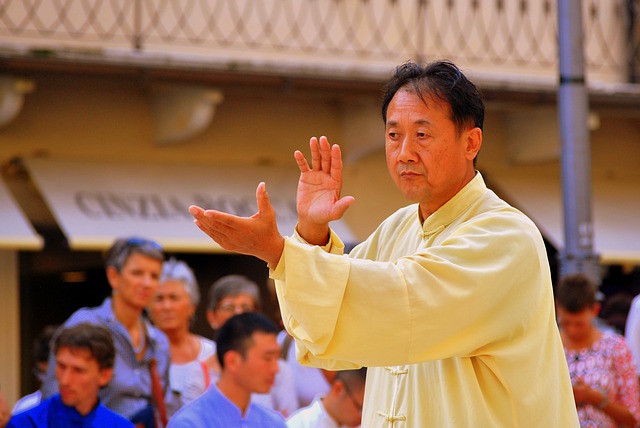 How To Choose The Right Martial Art For You?

The first step in choosing the right martial art for you is to identify your goals. Are you looking for a way to improve your fitness, learn self-defense, or compete in tournaments? Once you have identified your goals, you can begin to research the different styles and find the one that best suits your needs

Karate is a traditional Japanese martial art that emphasizes striking techniques such as punches, kicks, and blocks. Karate practitioners are often referred to as “karatekas.” The word “karate” means “empty hand,” indicating that this art does not require the use of weapons. Karate is often described as a defensive martial art, as its primary focus is on defending oneself from an attacker.

Judo is a modern Japanese martial art that was developed in the late 19th century. It is a throwing art that focuses on using an opponent’s energy against them. Judo practitioners are known as “judokas.” The word “judo” means “gentle way,” indicating that this art is not about brute force, but rather using an opponent’s momentum to your advantage.

BJJ is a ground-fighting art that was developed in Brazil in the early 20th century. It focuses on grappling and submission holds. BJJ practitioners are known as “jiujitsukas.” Brazilian Jiu-Jitsu differs from regular jiu-jitsu in the fact that it puts more emphasis on ground fighting and less on stand-up techniques.

Taekwondo is a Korean martial art that emphasizes kicking techniques. Taekwondo practitioners are often referred to as “taekwondos.” This art is one of the most popular martial arts in the world and is an official Olympic sport. Taekwondo is often described as a “hard” martial art, as it focuses on powerful kicks and strikes.

MMA is a combative sport that combines the striking of karate with the grappling of BJJ and judo. MMA fighters are often referred to as “mixed martial artists.” The word “mixed” in this context refers to the fact that MMA is not limited to one style of fighting, but rather incorporates a variety of techniques from different arts.

In the end, training in any type of sport, martial art, or physical activity can be beneficial to your health and well-being. So, find an activity that you enjoy and stick with it! Any type of activity can do your body good with regulating blood pressure, helping you reduce body fat, etc.

Struggling with an eating disorder is a traumatic and difficult experience. If you’re watching a loved one suffer from anorexia, bulimia, binge eating, or…