Let’s talk mum guilt. That horrible negative beast of an emotion that lurks in the pit of your stomach just waiting for any opportunity it can to come out and rear its ugly head. And Christ if we thought we had it bad before, throw a pandemic into the mix as well and man alive those guilt levels have gone off the chart, right!?!

I’m a mum of two. I have a 12 year old son who’s hit puberty early and basically looks and eats like an adult (we’ve got hairy upper lip, spots, grunts, full on Kevin the teenager attitude, and don’t even get me started on the smell – we’ve got the works) and a daughter who will soon be turning 11 and is rapidly heading the same way (albeit less hairy and less smelly). The mum guilt has been present from day one and I’d like to be able to tell you it eases with time, but I honestly can’t. We simply learn how to cope with it, by blindly winging our way through each day with the help of 3 essential mum props – gin, Lindt balls and the motherhood i.e. your mum mates who make you feel infinitely better ‘cos you’re all paid up members of the mum guilt club.

The whole baby, to child, to teenager, even right through to adulthood is riddled with layers and layers of guilt. First off there’s the guilt about not being able to or perhaps not wanting to breastfeed. Then comes the working mum guilt. There’s guilt over not spending enough time with them. Guilt that you’re not feeding them the right things. Guilt that you’ve shouted at them, made them cry and now they’re doing that heart breaking sob hiccup thing that you know means they’re really, really upset.

The Mum Guilt Only Continues As They Get Older

Suddenly you’ve got guilt because they’ve spent too long playing video games. Guilt because they haven’t had as long as their mates on video games. Guilt for allowing them phones. Guilt for not allowing them phones. Guilt for sending them to bed early because they’ve done your head in and you can’t stand the sight of them. Working mum guilt (still!). Stay at home mum guilt. The list goes on. And do you see the problem? You can’t bloody win. Because no matter what you do, there will always be something that you are made to, or rather you make yourself, feel guilty for.

There’s been countless times when I’ve felt like the worst parent ever. It usually follows a massive argument, one of those arguments that’s been brewing for a while and nuclear fallout is inevitable. Lots of angry shouting, exchanges of hurtful words, words that aren’t meant, but are spat out in the heat of the moment, because emotions are high. I’ve heard those 3 horrible words that every parent fears hearing from their child, ” I hate you”, and it’s awful. It literally cuts through your heart like a knife. And when the sadness goes, what you’re left with is the guilt. The guilt of thinking what an awful mother you must be to have created a child like this. To have raised a child that could be so hateful and so angry. I love my kids to absolute bits, but there are times when I can honestly say I don’t like them. And for ages that made me feel so, so guilty. I mean what kind of a mother doesn’t like her own children?

But I’ve since realised that there is a huge difference between like and love. You won’t always like what your kids do, you won’t always like what they say, but you will never ever stop loving them and when you have this little light bulb moment the guilt starts to slowly ebb away. None of us are experts at the parenting thing. Kids don’t come with an instruction manual and even if they did I can guarantee it would be in a bloody language you don’t understand. All of us, every single last one of us, is winging it on a daily basis. Some of it we pull off tremendously, some of it we just about manage, and some of it we screw up royally. But should we feel guilty about it? No, absolutely not!! 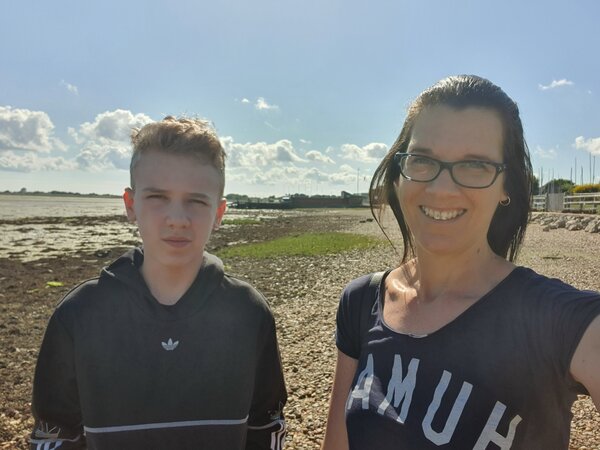 And I’ll Tell You Why…

Because if we did everything right first time, if we knew how to do something, the right words to use, how to handle a situation, what kind of lesson are we teaching our children? That success comes easy? That no one makes mistakes? That everything in life just gets handed to us on a plate? Is that what you want your kids to grow up believing? You and me both know that’s not how the world works. The only way we learn is by making mistakes and by acknowledging that we aren’t always right. Kids should know that adults make mistakes too and that when they do make a mistake they know how to deal with it. By saying sorry, you teach empathy. By learning how to correct your mistakes, you teach resourcefulness. By admitting you were wrong, you teach integrity. That’s not something to feel guilty about. That is something to feel immensely proud of. You are literally smashing it as a parent!

I recently wrote an article about how to take control of your inner critic – that mean girl voice in your head that shames and belittles you – and guilt is just one of the weapons tucked away in your inner critics arsenal. In much the same way as I suggest confronting your inner critic, you must do this with your guilt too. What are you feeling guilty about? Why are you feeling like that? Could you have done anything differently? Journaling and meditation are both great at helping you cope with guilt and indeed any negative thoughts you may be having. The act of writing something down not only helps to get it off of your chest so to speak but it also somehow rationalizes it, making you question whether you should be feeling guilty about something, when in fact it a) might not be your fault, b) is something that is out of your control, or c) is something you can make better.

Guilt is a soul sucking emotion, but it is there for a reason. And that reason is because we care. Of course we bloody do. We care a lot. And that’s not a bad thing. 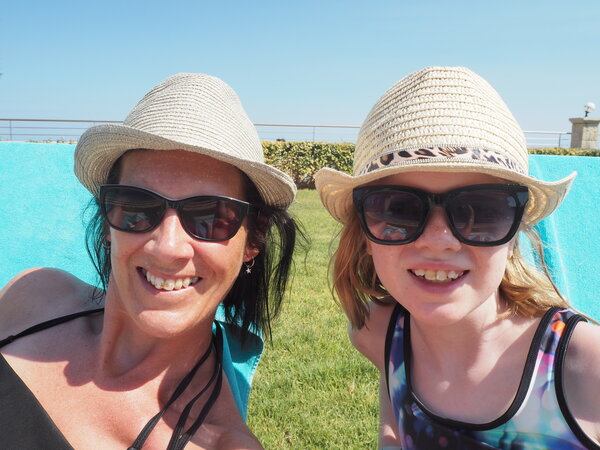 Do You Know What?

Our children, who can be downright annoying at times, in fact no I’m gonna stick my neck out and say they can be right dickheads at times. Our children who we love dearly, who we’d do absolutely anything for, even though sometimes we really can’t stand to be around them. Those very same children who we’ve shouted at ’til we’re blue in the face, who we’ve cried tears of frustration over. They don’t remember any of it. Seriously, none of it.

They don’t remember their mum not being there because she had to work. They don’t remember being told off about drawing on the walls, or peeing on the carpet. They definitely don’t remember drinking from a bottle rather than a boob. And in years to come, trust me they ain’t gonna remember you taking their Xbox away from them for a few days (well, I hope not anyway, otherwise I’m screwed!) You are their mum. And although they would never admit it, to them you are their idol. You’re the person who gives them a cuddle when they’re sad, who kisses their knee better when they’ve fallen off their bike, who tucks them into bed at night and tells them they love them to the moon and back. You’re the person who just gets them, who listens to their problems, who tells them it’s going to be OK. And that never changes. Even when they’re smelly and hairy and all kinds of aggy, they still want their mum last thing at night. Don’t tell my son I told you this, but he still likes to be tucked in at night, and I am totally hanging onto that as long as I possibly can.

I’d like to tell you it gets better. I’d like to be the person who gives you a hug (oh to be able to give anyone a hug right now!) and tell you those feelings of guilt will all go away. But I can’t and it doesn’t.

What I can do though, is tell you that every single one of us mums are going through the same guilt trips on a daily basis. It’s not just you. You’re not a bad mum. You are doing your best. And that is all you can ever do.

2022 is full of promise and you should be excited for what is coming! As always, the new year provides opportunity for new adventures,…