I absolutely blinking love an escape room. I think it might stem from my love of playing text based adventure games on the Acorn Electron when I was younger (anyone remember Sphinx Adventure?) and watching programs like The Crystal Maze and Fun House – being able to turn a room upside down whilst solving clues, I mean seriously what’s not to love!

I’ve dabbled in various different types of escape rooms over the years and I have a group of friends who share my passion for them. We’ve even given ourselves a team name (Team Double Wee – it’s a middle aged women thing, if you know you know, we found it funny anyway!). I’ve also done a couple with the family, a virtual one over Zoom with friends during lockdown, which actually worked a lot better than I thought it would although it turned out to be really tricky, but to be honest that may have been because of the amount of booze we drank, and then I’ve also played a couple of the at home escape room box games, which have been a great way to get all the family involved and to actually do something together that doesn’t involve a screen.

So yeah, basically escape rooms are totally my thing.

Which means you can probably guess what my answer was when I was asked by the escape room company Epic Escapes whether I’d like to try out their at home 3 in 1 escape room in a box… a big fat yes thank you please!

What Makes It Different To Other At Home Escape Rooms?

If you’ve ever played an at home escape room before you’ll be familiar with the format – all the bits you need come in a box, there are instructions to set you off, you have a set amount of time to complete the challenges and escape, and then that’s it job done, escape room complete, end of. What differs with the Epic Escapes Escape Room In A Box (3 in 1) is that firstly you need someone to set the game up for you.

Now in my mind there are both advantages and disadvantages to this. One of the advantages of needing a host is that as long as you don’t play with the same set of people, the games can be played countless times. With standard at home escape rooms once they’re done, they’re done. You’ve used all of the components and they cannot be used again. With the Epic Escapes box however, the components have been designed in such a way that they can be reused; nothing is damaged in the games. This is absolutely fantastic in terms of both value for money and of course from an environmental point of view too, so huge brownie points for this.

The obvious disadvantage is that because you need someone to set the game up, that person can’t then be involved in the game. Well, I say they can’t be involved… they can in that they can keep track of the time and be in charge of the hints envelope, and to be fair the setting up is actually quite fun, but it’s not the same as playing the game itself. It does mean that if we wanted to play it as a family of four, and especially considering in more recent times we’ve been crying out for new things to do in the confines of our own home, that one of us would have to miss out.

I got my husband to set up the game for me and my friends when we had a girly night (outside in the garden obviously!) and I set one up for the kids and their friends (also in the garden) so that I could see how easy it was to set up. Ah yeah that’s another thing that differs from your bog standard escape room boxes, you need a room. So I guess to sum it up, the Epic Escapes version of an at home escape room is basically a combination of a normal escape room in a box mixed up with the real life ones, in that you have a series of puzzles you need to complete but you must firstly find the objects that have been hidden in the room… or the garden if you’re playing during covid times! 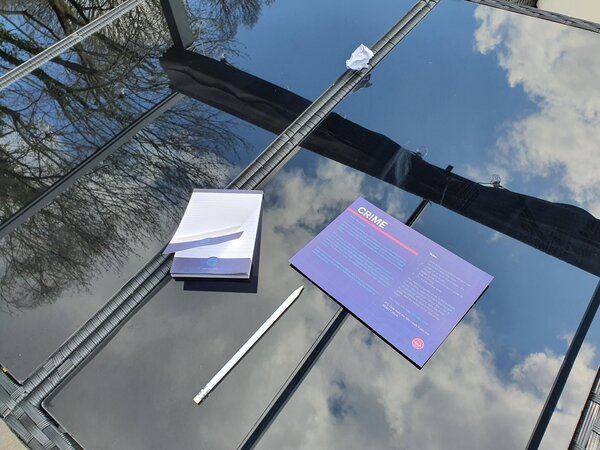 What Do You Get In The Box?

Firstly I want to talk about the box itself, because it is a proper big old sturdy box and it looks really mysterious, which totally rocks my boat. Inside the box you get the following items:

All of the product packaging is recyclable and biodegradable and the company also offer free replacements of any of the printed components should they get damaged with use. 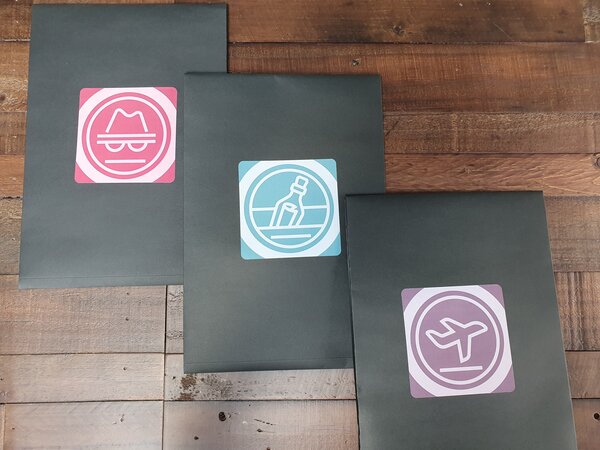 How Difficult Is It?

Right, as I mentioned above there are three games contained within the Epic Escapes box and each one has a different difficulty rating.

The box says that the escape rooms are aimed at ages 16 and above, but I thought I would test the easy game out on the kids when they had some friends over (ages ranging from 9 – 12). The two older boys lost interest quite early on, but to be fair being out in the garden there was the lure of a football and a trampoline to distract them. The girls on the other hand absolutely loved finding the clues around the garden and on the whole did really well solving them, but they did need the help of an adult for some of them. And if truth be told even the adults got a bit stumped on some of them – thank goodness for the hints!

In theory you could have as many people as you want playing the games, but ideally you should aim for between 2-6 players. If you have too many people it will end up getting confusing and some people probably won’t end up playing much of a part, have too few and the game will be much harder. 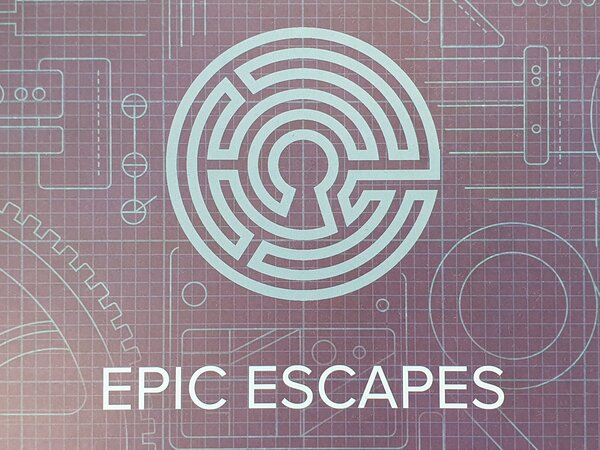 What Is The Game Play And Set Up Like?

Setting up the game is really simple. They claim that it takes between 30 minutes to an hour to set up, but to be honest if you follow the instructions and tick off the tasks as you go along it really doesn’t take that long at all. The contents list is also very clear, simply get out the shared components that you need and then open the relevant folder, which contains the specific game items. It makes sense to check you have all of the items before starting set up, and also to get to grips with how the padlocks and dictionary safe work – there are also instructions for this but it does take a bit of getting used to. The game can be set up in any room, and I’m pleased to say that it does also work in a garden. The main part of the game is to solve the clues, and let’s face it I’m sure none of us want our houses completely turned upside down by people looking for clues.

In terms of game play, it actually works really well. As I mentioned, I played with my friends and once we’d found the clues that my husband and daughter had hidden in the garden for us, we all set to work trying to figure everything out. This was the second game played from the box and I must say that because some of the components are the same (the safe dictionary, locked boxes, etc.) it does follow a very similar format. There is a mixture of easy puzzles, which we solved very quickly, as well as one we thought was ridiculously hard and needed a couple of helpful hints to get us on the right wavelength. But I think it depends on the type of people playing – you definitely start to recognise where your strengths and weaknesses lie with things like this. We were slightly disappointed with the final clue to unlock the room, as it seemed very easy and we were left feeling a bit ‘oh is that it’, but again I think it just depends on how your mind works with certain puzzles.

Players have an hour to escape the game and you have 3 attempts to unlock the code on the big padlock. If you get it wrong on the third attempt an alarm sounds and you are locked in forever mwah ha ha ha! 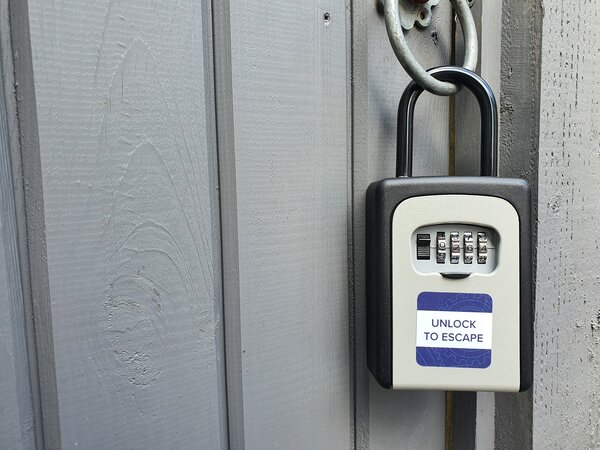 The Epic Escape Room box is available to buy for £99 (including free UK delivery and returns) from their website – https://www.epic-escapes.games/. I know it seems a lot, but when you look at the quality of the components and the very fact you’re getting three games in one, they’re re-useable, and it offers a very immersive experience in your own home, it’s actually not too bad. They also offer a 100 day money back satisfaction guarantee on all orders and there are going to be some expansion packs available soon (priced at a more reasonable £29 each), which have completely separate additional components with brand new puzzles and stories and will contain one additional escape room.

We had a lot of fun playing these games and it was so lovely being able to do something different at home. Now that we are starting to be allowed to get a bit more sociable again, I think it is perfect for those family garden gatherings. Because let’s face it, we’re all sick to the back teeth of doing board games and online quizzes!!

It’s the last morning on the Target fitness retreat and as I lie in bed (yeah we’ve actually been given a lie in today;…