Who’s excited about the new series of I’m A Celebrity Get Me Out Of Here? It kicks off at 9pm on Sunday 17th November and I for one literally cannot wait!

Unlike a lot of the other celeb-based reality/talent/game shows, I’m A Celeb doesn’t go in for all the glamour and glitz. There’s none of the beautiful ball gowns of Strictly Come Dancing, nor any of the sequinned little numbers of Dancing on Ice. It’s all practical, hard wearing, tough, survival kit that’s comfy, but looks basically like holiday camp uniform. Which is essentially what the programme is really if you think about it. Sure there’s the creepy crawlies and the eating challenges (love that bit) and the fear inducing challenges, but jeez their getting paid for it and considering this is the 19th series (well, that just made me feel ancient!) surely they must know what they’re getting themselves into.

Anyway, let’s get back to what they wear in the jungle, and most importantly let’s take a look at what they wear on their feet. Because I know for a FACT, that if I was in that jungle I would want to make sure that I had on the sturdiest, most waterproof boots I could find. 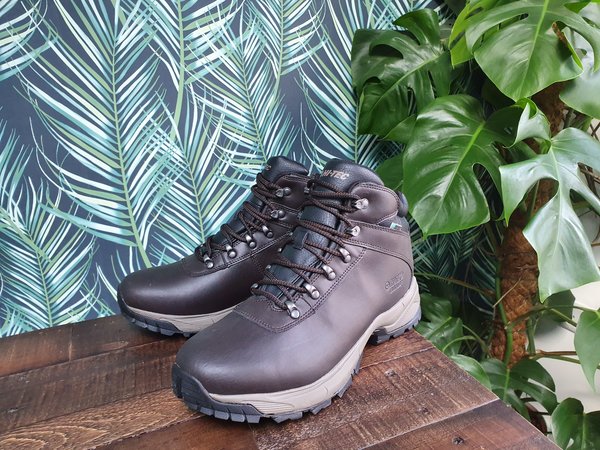 This year all of the contestants are being equipped with these Hi-Tec Eurotrek Lite boots, which you can get from a wide selection of other walking boots from Go Outdoors. They certainly look as though they’re up to the job, but let’s take a look at some of the features of this boot that make them the ideal footwear for the jungle.

This means that not only are they super comfy, they are also durable, which is an essential feature considering some of the celebs will be in there for around about 3 weeks. Doesn’t sound that long I know, but I should imagine there aren’t many times they take their boots off – not with all those snakes and creepy crawlies lurking about!

This waterproof and breathable membrane helps keep feet dry. Something they’ll all be glad of if it rains or if they are unfortunate enough to be chosen for any water based challenges.

Improves grip and makes them even more durable. Great for scrambling up rocks, hanging on for dear life when suspended over the jungle canopy and preventing them from slipping when they make their way across that bridge.

The last thing you need are a pair of laces that feel as though they’re going to snap the second you pull them tight. That’s not something you’ll have to worry about with these, as they’re really thick and strong and a decent length too. Which means you can tie them up really tightly, thus ensuring there are no gaps around your ankles for spiders or other insects to sneak in. 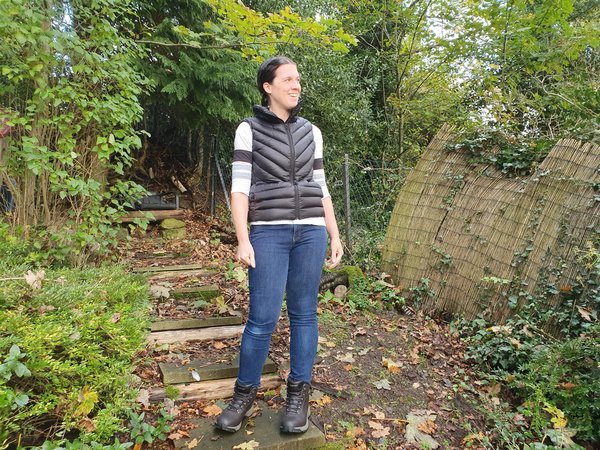 Let’s not kid ourselves, the leafy well-to-do suburbs of Hampshire are about as far removed from the Australian jungle as you could possibly get. However, as a busy mum of two, with a puppy, and a love of the outdoors a pair of sturdy walking boots are very much needed, let me tell you!

I’ve worn them on the dog walk (hey those leaves make it slippy at this time of year!), in the garden (trust me, it really is a jungle out there), and I’ll admit to lounging around in my hammock with them (well, someone needed to make sure they were tested properly 😉 ). And they’re brilliant. They’re not too heavy, which some walking boots can be, especially because I have size 8 clodhoppers! They look great with a pair of jeans and a gilet – standard Autumn wardrobe. And they are as tough as old boots… apart from they’re new. Plus, as someone who is a little caught up in the world of celebs, I feel a little bit smug when I wear them, knowing that them lot in the jungle are wearing them too! 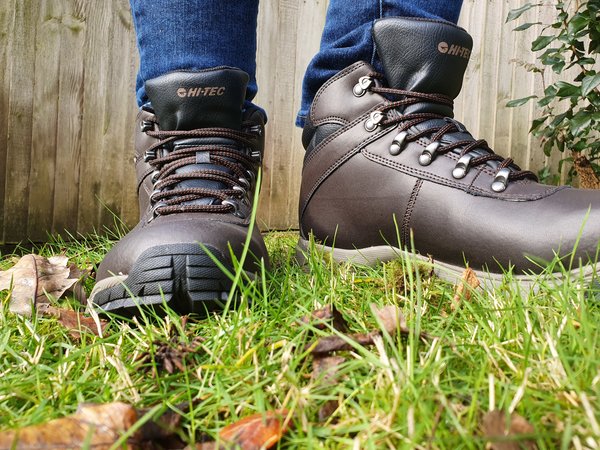 And now that the line up has finally been revealed, it’s made me even more excited. Just look at who’s going in:

Quite a bunch, right? And so on Sunday night you’ll find me in my PJ’s, glued to the TV, with a pair of these I’m A Celebrity Get Me Out Of Here Jungle Boots on my feet. Just to, you know, fully embrace that jungle fever properly 😉 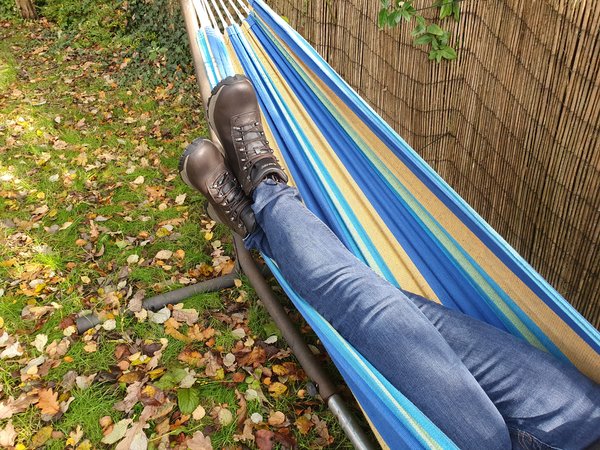 We all hope that when we need to go into hospital that we are going to receive the best care possible. However, it does…