What is a vegan diet? A vegan diet is a practice of abstaining from the consumption of all animal products, including eggs and dairy. Some people believe that a vegan diet is the healthiest way to eat, while others argue that it’s not as effective for building muscle. So, who’s right? To find out, let’s take a closer look at the science behind veganism and bodybuilding.

The first thing that comes to mind when people hear the term ‘bodybuilding’ is protein. Protein is the building block of muscle, and it’s essential for repairing damaged cells after a workout. For this reason, bodybuilders are often known as some of the strongest eaters out there; they need more protein than the average person to support their strength training lifestyles.

The bodybuilding stereotype of bulging muscles and protein shakes isn’t too far from the truth, either. Protein shakes are considered vegan bodybuilding’s primary source of protein, for example, and they are surely part of Arnold Schwarzenegger’s diet, who is considered to be one of the most famous and important bodybuilders of all time. However, to build muscle, vegan bodybuilders aim to eat protein at every meal, and this may include shakes as well as high-protein foods like legumes (beans), quinoa, lentils, tofu, tempeh, and soy products.

Being vegan does not mean that you’re automatically eating low-protein foods. Vegans are actually encouraged to eat more protein than the average person, which is why vegan bodybuilders can build muscle on a plant-based diet without worrying too much about where their next hit of protein will come from. 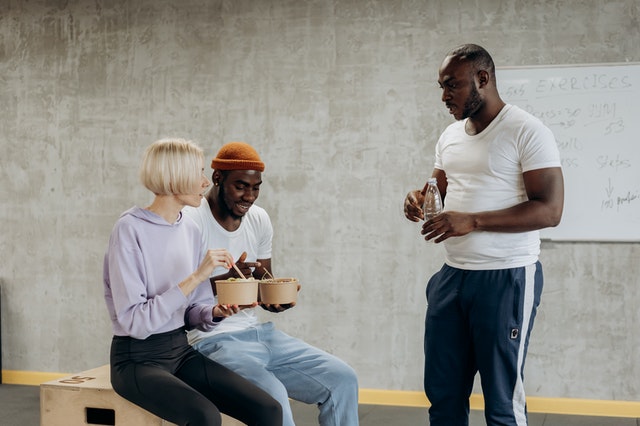 Even though many vegan bodybuilders can eat enough protein, they will need to make sure that their diet is well-rounded for optimal muscle gains. Since vegans can’t eat meat and dairy products that provide high amounts of vitamin B12 and iodine, for example, there’s a chance that these nutrients may become insufficient and affect muscle strength.

For this reason, vegan bodybuilders should eat plenty of whole grains, leafy vegetables, beans, and nuts to make sure that they’re getting all the nutrients essential for building muscle. For example, vegans can add seaweed to their diet to get enough iodine.

To make sure you’re getting enough protein, vegan bodybuilders should also eat lots of beans and legumes. These foods are great sources of proteins that vegans can easily digest; they provide plenty of calories as well as carbohydrates and fiber (which helps the digestion process and prevents constipation). Vegan bodybuilders may even turn to protein supplements in the form of vegan protein bars and powders.

Is It Right For You?

There’s no doubt that a vegan diet is great for many people, and it’s also effective in building muscle. Unfortunately, however, there are simply not enough studies to indicate whether or not this type of diet is better than others when it comes to building muscle.

A vegan diet may not be the best for everyone, and it’s especially difficult to maintain if you don’t like food that’s high in fiber (which is often found in vegetables and legumes). Because of this, vegan bodybuilders should make sure they eat foods that satisfy their appetites, which can certainly affect muscle strength and development.

Even though protein supplements and protein shakes may seem like the best option for vegan bodybuilders, they don’t always deliver enough protein to make a difference in muscle strength. Make sure you’re eating foods that are rich in nutrients and proteins (like beans and legumes), as these will help your muscles develop without affecting your digestive system too much.

If you follow a vegan diet and still struggle to get enough protein, try cooking your vegetables and beans with coconut oil. This type of oil is known for its ability to improve the absorption of nutrients, including proteins.

As you can see, a vegan diet is suitable for bodybuilders. One thing that vegans need to take into consideration is their intake of vitamin B12 and iodine. These nutrients influence muscle strength because they allow for the production of red blood cells in the body, which carry oxygen to muscles.

A vegan diet can be a great way to build muscle, as long as you’re eating enough high-protein foods and supplements. Make sure you’re getting all the nutrients your body needs to grow muscle by eating plenty of fruits, vegetables, and beans. If you find it difficult to get enough protein from food alone, try using vegan protein powders and bars.

Sustainability is the buzzword of the moment. As we become more informed about the state of our planet and the ways in which we…