Vaping possesses risk no matter the type or the nature by which you may use it. Even though it is deemed as being safer than cigarettes, the ideal and recommended approach is to avoid it totally.

How Does Vaping Work?

Basically, the vaping process produces an aerosol by giving heat to a liquid which is comprised of nicotine and other chemicals. The smoker inhales the aerosol inside. Not only that, but even the person sitting next to the vaper can also breathe in the fumes when the air is exhaled.

It goes without saying that smoking is more harmful when compared to vaping and long-lasting impacts of smoking are well researched and consist of enhanced exposure to the risk of heart disorder, lung cancer, and stroke. Only in the USA, according to CDCTrusted studies, almost 1 out of every 5 deaths occur due to this reason. On the other side of it, vaping might be considered as a less risky choice for people opting to quit smoking, nevertheless, it is not free from deadly damaging risks.

How Can I Prevent Getting Addicted to Opioids?

What do opiates do to the brain?

Impacts Of Vaping On Body & Health 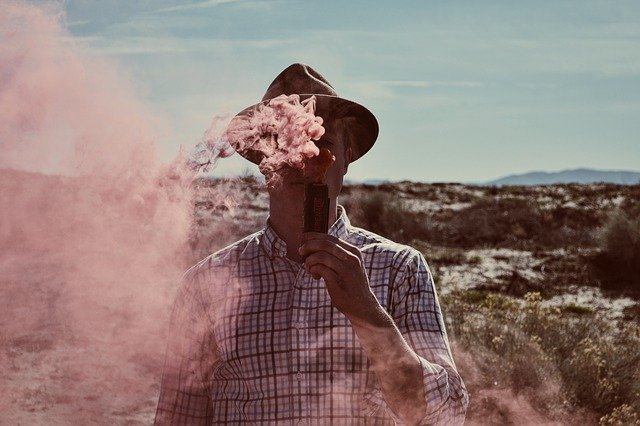 Research studies indicate that vaping comprises plenty of heart health hazards and according to the NAP report in 2018, just one single puff of nicotine increases the heart rate significantly. Numerous experts also explained substantial evidence illustrating that vaping also ends up enhancing blood pressure, which has an explicit effect on heart health in the long-run. In 2019 there was another nationwide survey conducted, which gathered data from around 500,000 people and ended up failing to interlink heart diseases with vaping. But there is a criticism of the research that it did not explore whether traditional smokers or vaping users are more prone to heart diseases. There is another countrywide study which concluded that vaping use was connected with an excessive threat of stroke, angina, and other cardiovascular problems. It is evident that different studies came up with contrasting results from each other, but it cannot be overlooked that vaping and smoking have an adverse influence on heart health regardless of the extent.

There are well-diversified studies and surveys which indicate that vaping might come up with negative impacts on the lungs, however, more emphasis has been exerted by experts on the need for deeper research in this regard. In the year, a study was conducted which assessed the outcome of flavoured e-liquid on the lung cells of humans and mice as well. The study put forward plenty of harmful effects on both kinds of cells varying from toxicity, inflammation & oxidation, etc. Similarly, a prolonged addiction to vaping habit tends to distract the proper functionality of your lungs which could get a severe issue over the period.

When it comes to your gums and teeth health, vaping tends to have various negative effects, as exposure to aerosol causes the surface of teeth to develop bacteria ever so rapidly which means that there is much more risk of increased cavities as well. Not only that, vaping extends its impacts in the shape of disturbance in either gums, throat, and mouth. Reportedly, there was significant research evidence, which showed that both nicotine and even nicotine-free sources of smoking could trouble oral cells and tissues.

As far as the impacts of vaping on the physical health of human beings are concerned, it was reported that vaping causes cell dysfunction, stress and not only that, there could be plenty of damage to DNA as well. Multiple cell changes are interlinked with the growth of cancer in the long term where young people are a more explicit sufferer of the same. Additionally, research studies put forward the report that vaping which has nicotine associated with can permanently hamper the upbringing and growth of the brain among people under the age of 25.

Chances are good you’re in a life transition. You’ve got your first job, aged out of your parents’ health insurance, or maybe you’ve lost…