Novelty yoga is the ultimate in faddy trends. Here today, gone tomorrow it’s about as far removed from actual yogic practices as you can possibly get. And yet people can’t get enough of it.

Over the past few years we’ve had:

But of course there’s more… there always is!

We take a look at the next batch of novelty yoga trends to emerge in 2020 so that you can decide for yourselves which one to try out next!

We’re feeling pretty damn smug about this one, as we predicted Gin Yoga would be a thing about a year or so ago and lo and behold here it is. It doesn’t really need that much of an explanation – it’s yoga while drinking gin. And it was only a matter of time if we’re being completely honest, considering both gin and yoga are an essential part of the yummy mummy toolkit. Doubtful it’ll get you in shape, but it’ll certainly help chill you out! 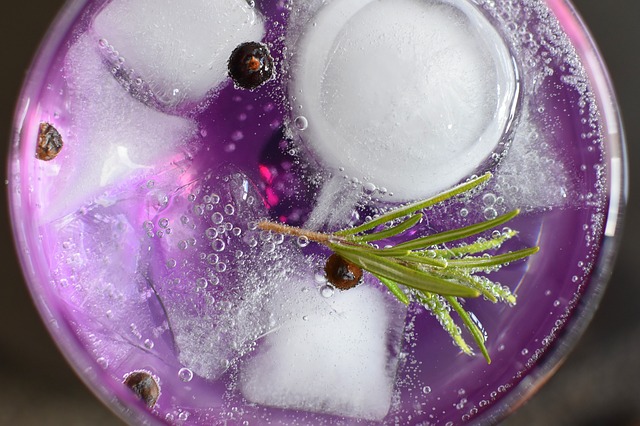 Boys this one’s for you, because instead of meeting your best male friend down the pub you can now do a yoga class together. Yep this is the perfect chance to fully cement that bromance guys. Designed as a means to encourage more men to try out yoga (although we think Beer Yoga was probably more effective) Broga has more of a focus on strength training, muscle toning and a bit of cardiovascular thrown in for good measure, just to you know make it that bit more masculine 😉 In fact there are MMA fighters and BJJ wrestlers who already use yoga to improve flexibility and strengthen their core (see BJJInformer for more info) and you can’t really get more manly than that, right? Not that yoga isn’t in any way non-masculine, on the contrary it has proven benefits for both sexes. However, it does still carry a distinctly female only vibe to it and Broga is a means of bringing yoga to a male audience.

SUP (Stand Up Paddleboarding) was one of the resounding successes of last year. Anyone and everyone was, and still is, having a go at it. So now that we’re all so expert at it, SUP Yoga has become the next ‘thing’. To be honest, the core strength and balance skills needed to stay afloat while standing on a paddleboard are hardcore enough and if you’ve mastered that then hey how hard can it be to do a downward dog on there too? 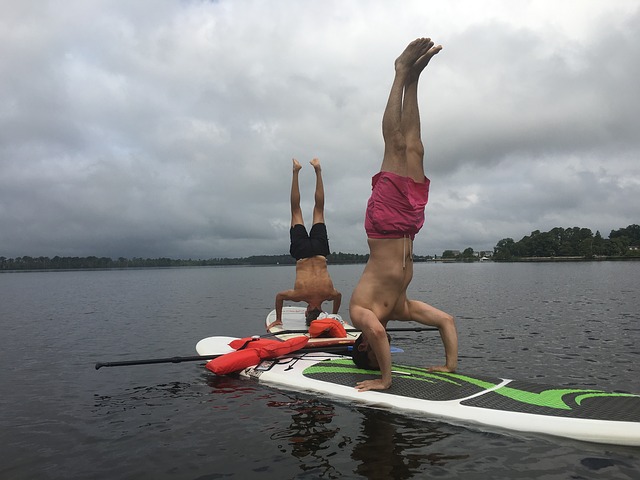 Seriously hard that’s how! Be prepared to get wet and be anything but graceful for the first couple of sessions, but imagine how blissful it would be to do floating yoga with the ocean as your backdrop. Look out for this more challenging type of novelty yoga in 2020, because we predict that out of all of them, SUP Yoga is the one that will become more than just a passing fad.

For all you divas out there, 2020 is gonna be your time to shine as Karaoke Yoga has its time in the spotlight. Simply choose your backing track, roll out your yoga mat and get ready to belt out some tunes while getting into tree pose. Although yoga is typically associated with calm, quiet, flowing movements it’s also about controlled breath work which goes hand in hand with singing. For sure it’s not going to be the most serious of workouts and the songs you choose could make or break the vibe, but we reckon you could have a lot of fun with this one and when something’s fun you sure as hell are more likely to stick at it!

This is the ultimate in ridiculous, but then hello this is novelty yoga, right!?! Basically, Toega is yoga for toes. Yep it’s really, truly that simple. No need to attend professional classes for this one, as all the (and I use the word ‘all’ loosely) moves can be learnt and practised in the comfort of your own home. 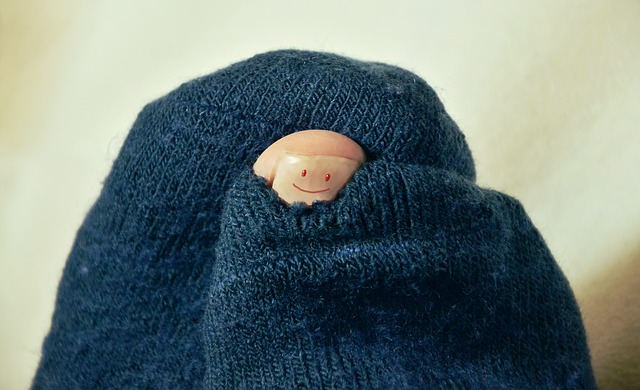 Despite the novelty factor, yoga for toes is actually a good way to keep your feet in good working order, and is especially beneficial to runners as it helps strengthen muscles. Plus, it’s a fantastic way to relieve aching feet and cramped toes when they’ve been squashed inside shoes all day.  Not a trend that’s likely to stick around for long and doubtful you’ll see it advertised at your local community centre, but a nice little act of self care none the less.

Fitness hybrids have been popular for a while now – think Piloxing (Pilates and Boxing) and Yogalates (Yoga and Pilates) – and so it makes perfect sense that two very popular types of workout would come together at some point. Yoga HIIT does what it says on the tin: it combines a series of short sharp bursts of HIIT interspersed with dynamic yoga poses and finishes with plenty of all over body yoga stretches.

So instead of doing half an hour of HIIT followed by half an hour of yoga, Yoga HIIT allows you to get the best of both worlds in a combined workout that slots nicely into your manic schedule. But not only does it make your workout more efficient, it also increases the calorie burn while at the same time lengthening and strengthening your muscles. It’s not one you should be attempting to try on your own, especially if you’re new to fitness, so be sure to look for an expert personal trainer london has the best options at present. 2020 will see us exercising more than ever, in a way that fits seamlessly into our lifestyles and Yoga HIIT offers the perfect solution to this. Novelty maybe, but we predict this one is more than a passing fancy.

This one makes me shudder just thinking about it, but it seems some people are totally up for trying the new novelty trend of Snake Yoga. It is predominantly aimed at people who have Ophidiophobia (fear of snakes) with the idea being they can face their biggest fear in what will hopefully be a calm and relaxed environment. Personally, I’m not entirely sure a sod off great big snack writhing around your limbs while you try and breathe through a pose is necessarily going to chill you out, but hey who am I to judge! 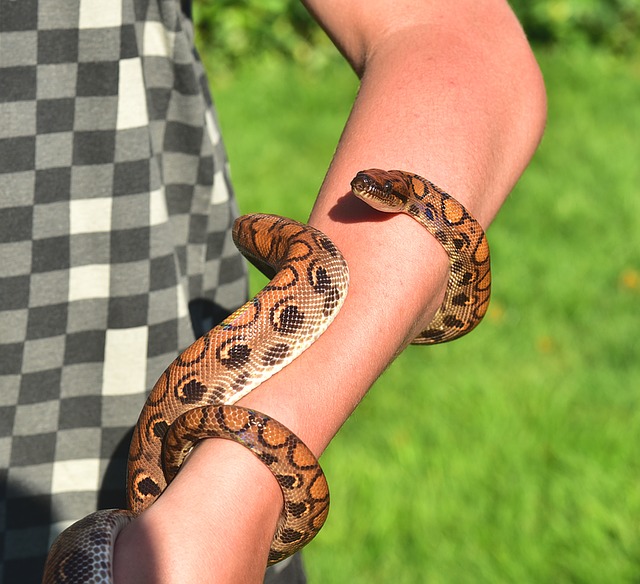 So far this type of yoga isn’t available in the UK (to our knowledge), but has proved popular in Canada and the USA. However, from past experience any fitness related trend that becomes a hit in North America usually finds its way over here at some point and we predict that 2020 will be the time for Snake Yoga to hit British shores. Not for everyone and certainly not likely to hit the yoga mainstream, but we reckon people will be queuing up to try it simply to have a go at the next new experience.

Circus skills, such as trapeze and aerial hoop were popular fitness trends last year, offering women the chance to channel their Greatest Showman fantasies while working up a sweat at the same time. It may look graceful, but supporting your body weight while attempting to look graceful and quite frankly to not make a tit of yourself, is bloody hard work! Workouts such as these require core strength, balance and self confidence and trust aplenty.

Aerial yoga takes these circus derived workouts and throws in some yoga moves to boot. If you think about it, a lot of the moves are very similar, just up in the air rather than on the safety of a yoga mat on the floor. Supported in the air by carabiners and ropes, you end up looking and feeling a bit like a puppet. But the added support gives you freedom to move and able to manipulate your body in more ways than if you were doing regular yoga. This makes aerial yoga hugely accessible to a wide range of abilities, from kids through to seniors and also people with disabilities, as the extra support eases the pressure on joints. The focus is on strength, flexibility and also stress relief, plus lets not forget the fun factor, after all any good novelty yoga needs to involve fun at some point or other.

Chroma, meaning purity or intensity of colour, works as a means of using the energy from different colours to change how a person feels when they do yoga and to carry that out with them when they leave the yoga studio. Chroma Yoga, also known as Light Therapy Yoga, is carried out in an initially darkened room that is then lit up by coloured lights throughout the session, with calming music to relax the senses and to enhance those Zen vibes. Another variation is one that tries to replicate your natural circadian rhythm by starting off with blue lights to mimic your body waking in the morning and ending with red light to encourage sleep at night. This is fantastic if you suffer from disturbed sleep patterns or if you feel as if your day has got out of whack. 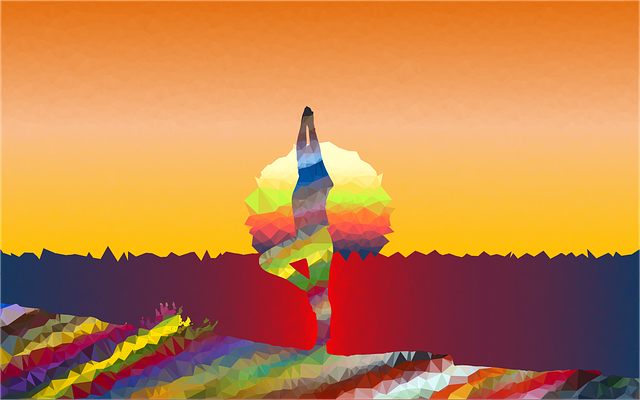 Pessimists, and realists, could argue that most of the types of novelty yoga described above are merely marketing ploys to draw people in and make money. And I’d probably agree with them to some extent. However, in an era where many of us are looking for a new experience, to have fun and to take our minds off of the mundane, I say what is the harm in trying out a few of these novelty yoga classes in 2020. Heck, you only live once, let’s make it fun!

Check out our other 2020 Trends posts here:

Health and Wellness Trends For Women In 2020

It can be tough staying healthy as a senior. With so many things to remember and so many new challenges, it’s easy to let…