Before tackling the greatness of this wine, let’s start by discussing the fundamentals of what made bordeaux wines so great today. The region of Bordeaux has one of the longest recorded histories of winemaking in the world. Their story started from the first century when the Romans introduced wine to the region’s locals for consumption and wine production.

The wine industry in the Bordeaux region became a hit and continued to expand for a very long time. In the seventh century, vintners continued to look for potential areas to enlarge their farms and so Dutch traders drained the swamps in the field of Medoc and transformed it into a lovely vineyard.

This transformation and expansion was the reason why Medoc became one of the largest operating wine industries in the world surpassing the area of Graves who was unshaken for seven long centuries at the top of the winemaking business.

All was well until the twelfth century; everything worked out even better when a Lord and Lady of two neighbouring regions married to expand territory. But not long after the Hundred Year War between France and England interrupted the flowing wine business and every appellation was significantly damaged.

The battle between the two great empires shattered the smooth-sailing and growing industry of wines. Though some merchants traded wines in-between cities, the demand for this delightful drink declined and not long after their privileges were cut off because of the on-going disputes between royalties.

More bad luck struck upon the wine industry, because not long after the Hundred Year War, after the reestablishment of new governments and territories, when all were still recovering from their damages, a phylloxera infestation devastated almost all of the remaining and starting vineyards in the region.

Though some were still able to be saved and produce wine during the outbreak, the phenomena considerably shook the supply and demand of wines all over the globe. 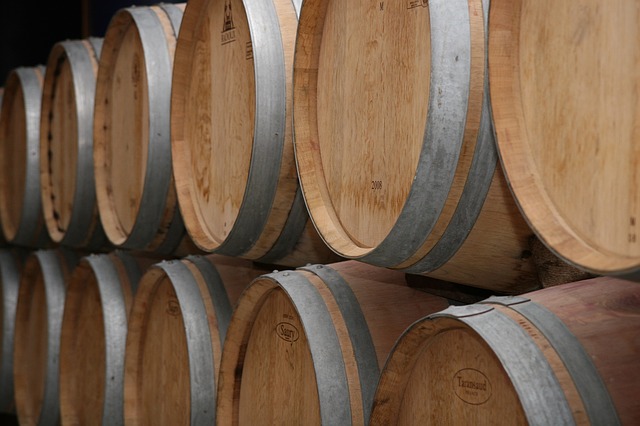 What Do I Need To Know About This Wine?

The wine that carries the label “Bordeaux Wine” has a great impact on their buyers, since wines from the region of Bordeaux are considered the best quality in the world. Before, the wine that was a sellout in Bordeaux was the Malbec variety, but in the 19th century, almost all appellation changed in variety in their farm and went with the flow by planting Cabernet Sauvignon, the result of Cabernet Franc and Sauvignon Blanc.

The region of Bordeaux is best known for its delightful red wines. That is why in 1855 when fake wines bearing the name of Bordeaux started to terrorize the reputation of the region, Emperor Napoleon III decided to create a classification system that would once and for all systemize wines according to the Chateau’s reputation, quality and price of the product.

Thus, we have First Growth, Second Growth, so on until the Fifth Growth. Appellations considered as First Growth is the best of the best, until down to the last growth. The ranking and the appellations in the system remained unchanged to this day. I can safely say, if you want to try the epitome of a classic and traditional Bordeaux wine while affording to pay for it, then go for the red wines of the First Growth.

The Best Bordeaux Red Wines Around The Globe

Château Pont de Brion, Graves ― If you want to try a classical Bordeaux Wine vintage, then go with this one. This Bordeaux Wine is a blend of Cabernet Sauvignon, Merlot, and Petit Verdot, the whole wine oozes with delight not just in the mouth, but it is also a sensation in the nose.

It has the aroma of plum blackberry, raspberry, cherry with hints of coffee and oak, in the mouth, it has flavours of cherry, raspberry, and cranberry. No doubt, this wine is one of the best as it has won awards like International Wine Challenge and Le Guide Hachette des Vins. Don’t miss out on tasting an incredible sensation.

Château de Rouquette Sauvignon Blanc ― A white wine from the region of Bordeaux, this wine embodies the taste and aromas of an authentic Bordeaux White. This white wine is best with pork, salads, appetizers, and lean fish. It has flavours of green apples and grapefruit that works well with the aromas of fresh and crisp grapefruit.

This wine is perfect for all occasions. It has garnered many awards from Le Guide Hachette des Vins for four years and a distinction in the Concours de Bordeaux Vins d’Aquitaine. Château de Rouquette Sauvignon Blanc is one of the best-selling wines across the world, get yours now.

Sainsbury’s Taste the Difference Bordeaux Rose ― This is one of the best masterpieces of Sainsbury’s, this wine is always in demand for its unique taste and aroma. This Bordeaux Rose is best with beef, veal, game, and poultry. It has flavours of blackberry, blackcurrant and plum and in the nose, the aroma of red berries with hints of coffee beans lingers. This wine has won awards like the International Wine Challenge for three consecutive years, there is no doubt this wine is truly one of the best.

Alopecia Areata is an autoimmune disease that causes hair loss. Namely, people diagnosed with alopecia will experience their hair falling off in patches. If…