January… it’s bleak at the best of times. It’s dark, it’s cold and most of us are suffering from the gigantic gorgefest that is Christmas. Throw in a never-ending pandemic, lockdown and homeschooling and things look even more bleak! So why on earth you’d consider setting yourself any New Year’s Resolutions on top of all that is beyond me. But what I really want to know is which bright spark came up with them in the first please? Let’s find out…

Turns out New Year’s Resolutions aren’t quite as new a concept as you might first think. In fact we can blame the ancient Babylonians for the first recorded version of resolutions some 4,000 years ago. Their new year began in mid March rather than in January like ours (it was all to do with new crops being planted and remember this was before the Romans had invented the calendar) and the time was marked with a 12 day religious festival, which culminated in making promises to the gods to return any debts they may have had or any objects they may have borrowed. Not quite the same as vowing to shift some weight, but the underlying theory is the same – to improve on your failings. However, whereas if the Babylonians failed to keep their promises they would be placed in bad favour by the gods (never a good place to be in admittedly), we on the other hand inflict our own vengeance when we inevitably break our resolutions. And break them we usually do, mainly because we set such unachievable targets for ourselves, but also because bad habits are so hard to break!

What Are The Most Common New Year’s Resolutions?

I’m sure many of you could hazard a pretty good guess at some of the most common resolutions we set ourselves; chances are you’ve probably set them for yourself on multiple occasions. But let’s take a look at them just to make sure we’re crystal clear here.

Unsurprisingly, the most popular resolutions are those that focus on health and fitness, with eating more healthily, losing weight, and doing more exercise coming out right on top of the list. It’s no surprise really, after all many of us have scoffed our faces over the Christmas period and may have relaxed the exercise regimes a little, so it’s no wonder we feel the bloat more than usual. Come January we’re super keen to up our veggie intake, ditch the booze, and sign up to those tempting gym membership offers. However, it’s all usually very short lived, as we rush into things head first, all guns blazing, only for reality to hit a couple of weeks along the line and we realise that what we’re doing isn’t sustainable, it’s actually quite boring, it’s definitely hard work, and then we undo all the good we’ve done. Often piling on more weight than when we started and making up for lost time by going out on a boozy bender (well, back when we could go out on a boozy bender anyway!).

Next on the resolution list is to save more money, again not too much of a surprise considering most of us have just spent a small fortune on Christmas! Arguably more achievable than some resolutions, especially as January is notoriously socially barren (and let’s face it, even more so this year!), and one that is much more likely to be kept. This is followed by: to read more, to learn a new skill or take on a new hobby, to stay in touch with friends more, and to have more ‘me time’.

Interestingly, one resolution that has become more popular over the last couple of years is to spend less time on screens and to cut down on social media usage. And whilst taking a digital detox every once in a while does absolute wonders for mental wellbeing, I think we would all agree that perhaps 2021 isn’t the year to do so. After all, screens and social media have been our lifelines throughout all of this. For many it has been the only means of social interaction. It connects us, it informs us, it makes us laugh, it shows us we are not alone. And the thought of giving all or any of that up right now… no thank you very much.

Why Do We Find It So Hard To Stick To Them?

Honestly? Because we’re too damned hard on ourselves and because we set ourselves such unachievable targets with such unachievable time frames. We get an idea in our heads, we go hell for leather, and we expect results NOW. Which of course doesn’t happen. So we give up.  It’s that blinkin’ simple.

But surely there’s more to it than that…

Think about it for a moment, New Year’s resolutions are fundamentally based around converting something we see as negative in us, a flaw if you like, into a positive; i.e. to make us a better person. And so getting into that headspace of thinking that there is something wrong with you, that you need to be ‘fixed’, well surely that’s already destined for failure? It just doesn’t sit right with me, I mean I know no one’s perfect and christ who really wants to be if we’re being completely honest – perfection in itself is flawed. So why focus on what is wrong with us, when perhaps what we should be doing is focusing on what is right with us and choosing to celebrate some of the positives instead.

According to a study by YouGov, a quarter of Brits failed to keep their resolutions in 2020 and the reasons cited for this was because it was too hard, it was boring, and because they were not getting the results they expected. If we felt bad about ourselves beforehand, imagine how much worse it is when those feelings of failure are cemented even more so… yup, maybe we’ll take the wrath of those Babylonian gods after all!

Often a resolution involves breaking a habit and then forming a new one and if the 21:90 rule is anything to go by that means it’ll take 21 days to break an old habit and 90 days to establish a new one. That’s not far off 4 months… no wonder we’re all falling off the wagon!

Just because it’s January doesn’t automatically mean that’s the right time for us to make changes. We might not be ready, we might not even particularly want to, but we feel forced into it by societal pressures. Changes come when you are ready and only then will you achieve your goals. 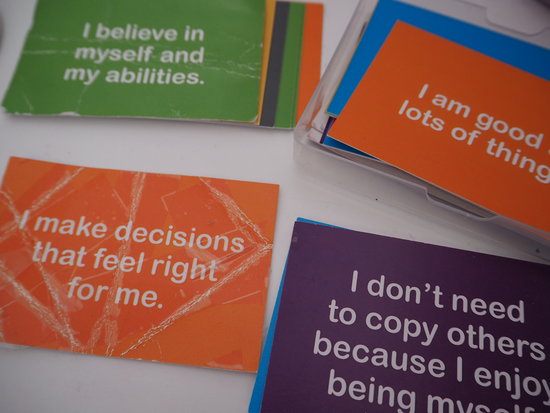 So look, whilst I don’t want to dip New Year’s resolutions in glitter and dress it up with a new fancy name label, knowing full well that underneath it all lies the same old pressure ridden torment, what I do want to suggest is that perhaps we look at enhancing our positives instead. To spend time not listing what we want to improve or change about ourselves, but to instead take note of what it is we love about ourselves, what we’re good at, what we’ve achieved over the past year, however small those achievements might be. Jeez we’ve made it through a LOT this past year, I’d say that’s deffo worth acknowledging.

So yes, we can blame the Babylonians for this most heinous of traditions, but then they did also give us the wheel, astronomy, advanced mathematics, and the concept of time, to name but a few, so I think perhaps we can overlook this for now, after all… nobody’s perfect!

In our bullying culture, it’s crucial that we understand the serious and long-lasting repercussions that emotional abuse exacts on the brain. The unfortunate reason…