It is of the utmost importance to always listen to your body’s vibrations and care for your health. This is one of the top-tier priorities for all people, regardless of gender. On the other hand, there are situations when things become more complicated, specific, and gender-dependent. So, there are signs that are recognized as warnings and very dangerous symptoms of gynecologic cancer, such as cervical, vaginal, ovarian, valvular, and uterine cancer, and some other types of cancer that can be the result of hybrid states. There are many different signs concerning these states, which at the same time could also be the result of the inflammatory processes. Here are some signs that will tell you to see your gynecologic oncologist.

If you have noticed that you are suffering from abnormal abdominal or uterine bleeding, or from the state known as prolonged menstrual bleeding, then it is a clear sign for you to visit your gynecological oncologist. Just as the folks in womens health Albuquerque suggest, one of the most important things is to visit the gynecologist and regularly control your gynecological health. Sometimes, the menstrual cycle is the first indicator that your uterine health is ruinous. However, you need to know that abnormal menstrual bleeding can refer to a whole range of different states, such as bleeding out of the menstrual cycle, better known as spotting. The variety of states that indicate abnormal menstrual bleeding is also among the first signs of cancer. You should be especially cautious if you experience the following:

In the event that you have experienced some of these things, you need to take them seriously and dedicate some time to seeking professional help.

One of the most difficult and demanding cancers to be spotted and discovered is ovarian cancer. This silent killer is known for giving little or no symptoms and is usually discovered when it is too late. However, some of the signs that are normally taken for granted can indicate ovarian cancer, including feeling full in a very short period of time, bloating, as well as abdominal and back pain. These are some of the best-known signs of this cancer, and if you have noticed that they persist for a longer period of time, then you need to seek medical help.

Beware Of The Pressure

Many things can be signs that your body is battling something you know little about. So, for the ladies, the spectrum is even wider. All of you have at least once witnessed uncomfortable sensations and pressure in the abdominal region. Persistent pressure and the pain it causes can be a clear indication that something is growing in your body that will cause you a lot of problems in the near future. One of the most underestimated signs of ovarian and uterine cancer is pressure. This pressure is commonly accompanied by pelvic pain, which can make some of your daily activities practically impossible. If you experience any of these symptoms, it is imperative that you see your gynecologist. 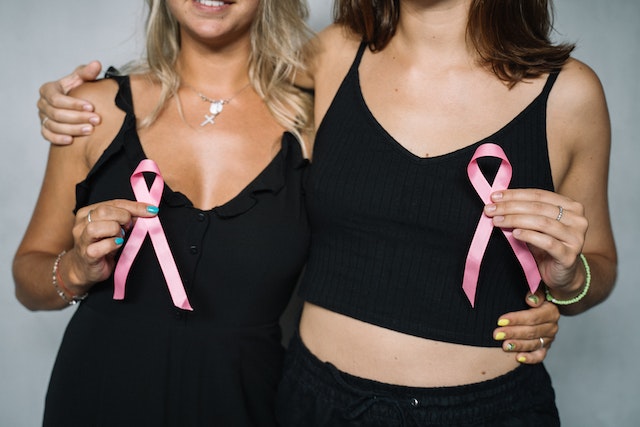 This can be a symptom of many diseases but is almost the most obvious sign that the reproductive health of a woman is being endangered. A more frequent and overall urgent need to urinate is a sign that you may be suffering from inflammation or even more concerning states. Urinal inflammations can indicate the presence of bacteria, and bacteria and women’s reproductive organs are a bad mix. At times, bacteria can cause small injuries to the wall of the vagina, which, if not treated properly, can turn into cancer. Constipation is another very concerning sign and state to deal with. This state can be the first indicator of ovarian or vaginal cancer.

There are many signs of this type of cancer, and all of them are pretty urgent, unlike the symptoms of some other types of gynecological cancers. Burning, pain, and itching changes in skin color, as well as tenderness of the vulva accompanied by rash, warts, and sores, are all symptoms of vulva cancer. All of these signs need to be taken seriously and are obvious signs that something is terrible with your reproductive health.

Cervical cancer is one of the most common forms of cancer and is basically the growth of abnormal cells in the lining of the cervix. The most common form of cervical cancer is squamous cell carcinoma, which accounts for 70% of cases, and adenocarcinoma is encountered in 25% of cases. This cancer is extremely dangerous and is the leading cause of death in women who are diagnosed with it. This cancer cannot be discovered in its earliest phases since it gives very few symptoms, so visiting your gynecologist is the only kind of prevention you can do. Some of the late symptoms include vaginal bleeding in between periods, menstrual bleeding, which tends to be much longer and heavier than normal, pain during intercourse, and bleeding after it. Pelvic pain is also a common sign of this type of cancer, as is a vaginal discharge that is unusual in color and smell. Since this type of cancer can be encountered even after menopause, the most obvious sign that something is off is the heavy bleeding after you’ve officially entered this phase.

Symptoms of cancer that are growing in the vagina, cervix, uterus, or ovaries are the ones that are not so obvious. This is the foremost reason why you need to regularly pay visits to your gynecologist before it is too late.

Bad habits can be tough to break. Whether it’s procrastination, overeating, or any number of other unhealthy behaviors, old habits can die hard. But…