There’s no place in the world quite like New York City, and whether you’re staying for a few weeks, or a couple of days, one thing is for sure: you’ll never get bored. New York is filled with famous landmarks, theaters and world-class eateries. Cuisine from around the world is reason enough to visit New York, so be sure to bring your appetite. If you’re headed to the City That Never Sleeps, here are some of the top iconic, yet affordable, foods you must try while you’re in the Big Apple.

New York City is one of the largest travel hubs in the world with trains, planes and cruises from NYC leaving all the time. Travelers have gotten smart and arrive in New York a few days early to take advantage of all the city has to offer. While you’re in town, it’s almost a requirement to go for pizza in Little Italy. Make sure you stay true to New York-style pizza and head to Lombardi’s, the first pizzeria in the United States. They’ve been located in the heart of Little Italy since 1905, so you’ll be eating a piece of history.

New York is home to the best Jewish delicatessens anywhere, so don’t miss out on this savory cuisine. The famous Katz’s Deli is located on the Lower East Side, and it’s known for its mile-high pastrami, corned beef and brisket sandwiches. Other kosher delis throughout the city offer matzo ball soup, smoked salmon and tongue if you’re in the mood to try something different. If you’re craving a Reuben, deli salads and kosher dills, Jewish delicatessen food is an inexpensive way to stay full.

Visiting New York City without indulging in a slab of cheesecake would be a sin. Put your diet on hold and satisfy your soul with cheesecake from Junior’s. Junior’s is originally from Brooklyn, but you can find them on 45th Street by Shubert Alley in the theater district. Junior’s bakes cakes daily making them one of the most well-known cheesecakes in New York. In the East Village, don’t miss Veniero’s Pasticceria. They offer traditional cheesecake, as well as seasonal flavors, Italian ricotta cheesecake and pastries that will melt your heart. 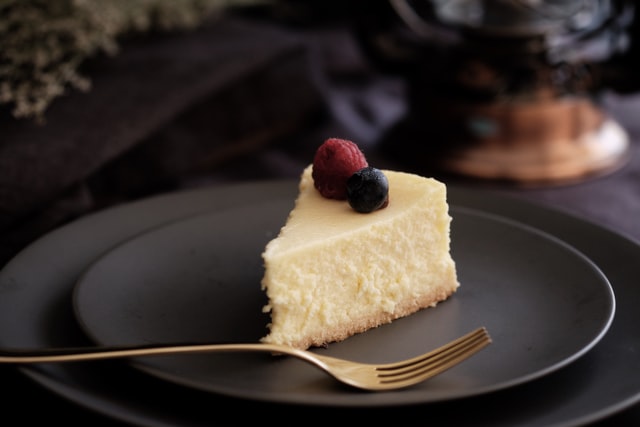 Another affordable and classic New York City must-have is bagels. Whether you like them for breakfast, or as an afternoon bite with coffee, New York offers the best. Consider sampling the amazing hand-rolled bagels at Tompkins Square Bagels in the East Village. Tompkins is home to the rainbow bagel and a crazy-good selection of flavored cream cheeses. You’d also do well to sneak off to Russ & Daughters, located on East Houston Street, for bagels and bialys with smoked fish, onions, capers and the works.

Chinatown in New York is not only fascinating, but it’s also filled with delicious, wallet-friendly treats. If it’s your first time in Chinatown, don’t miss the hand-pulled noodles. Hand-pulled dough is stretched into strips just before cooking, creating a chewy texture. Xi’an Famous Foods on Bayard Street is where the locals go for the best. As long as you’re in Chinatown, don’t miss the pork buns at Mei Lai Wah. Pork buns are savory pieces of pork enveloped in a soft, fluffy pastry and steamed to perfection. At less than a dollar apiece, you can’t go wrong.

Thousands of Nearby Eateries

While New York City has some of the finest dining in the world, eating the most iconic dishes is extremely affordable. If you’re up for pizza in Little Italy, skyscraper-sized deli sandwiches or New York-style cheesecake, there’s no shortage of places to find them. Whether you’re in town for a week, or just a few hours, you have access to thousands of nearby eateries. There’s no place like New York, especially for dining, and after having a taste of New York, you’ll definitely be hungry for more.

When back pain strikes, and it can strike very suddenly and unexpected, the pain can be extreme. Backache is one of the most common…