It’s week 4 of my teenage diary and it seems this week I am obsessed with boys (one in particular) and getting my ear pierced, despite my dad not being so keen. It’s also clear that I couldn’t make my mind up from one day to the next about absolutely anything, and has certainly made me a little more forgiving of my own children who are doing exactly the same thing at the moment! Well they do say karma has a wicked way of biting you in the butt, right!?!

With an opinion on everyone and everything, a naive belief that if I enter enough competitions I’ll have to win something at some point, and an obsession with making as much money as possible… presumably so I can buy more stamps to enter even more competitions, this week’s teenage diary is in full on Adrian Mole mode!

Grab a cuppa, sit back and get ready to be washed over by waves of nostalgia as you settle down to read week four of my 1994 teenage diary:

Sheila came over and she’s staying the night. She was supposed to stay last week but her mum didn’t want to stay in the house on her own because Stan was at his dads. Oldham drew one all against Arsenal which I thought was a really good result. I actually thought that they’d lose. Port Vale drew as well, 0 – 0 against Hull. There was a competition on Live and Kicking to win a cake with a top smart really detailed picture of Take That on it. I didn’t enter though because if I won I wouldn’t want to eat it and it would go mouldy. I haven’t won those pictures from the Poll Winners Party because it was drawn on January 18th so I would have received them by now.

Me and Sheila were talking about the summer. I can picture it in my head, a whole group of us hanging out in the park in Chippenham. The weather is brilliant and I’m wearing really daring summery stuff. It’ll just be so neat. I might even meet a really nice boy. Oh how I long for a boyfriend.  Someone to rely on, to feel close to and to tell everything to. Oh why won’t Arnold ask me out, he’s just so dreamy. I’ve liked him for almost a year now and he still hasn’t realised. God why can’t he see I’m crazy about him. I’d maybe ask him out if he wasn’t so popular, but say I asked him and he said no. Everyone would find out and I’d be hassled for ages, all of them taking the mick out of me because he said no.

I was lying in bed for an hour and half before I managed to get to sleep last night. I was thinking about asking Arnold out and dreaming that he gave me a Valentine’s card. High hopes. I had Maths which means he was sat behind me. He gave me the sweetest smile. It’s really good because he’s always asking for my help which generally means him calling me Becky and flashing this brilliant smile at me. I can’t wait for tomorrow – double Maths. Mum had her hair done today where I had mine permed. Apparently the hairdresser remembered me and said that I had lovely hair which was in really good condition. Petunia is having her hair done on Wednesday. I really hope it looks awful. She’s forever copying me. I’m fed up of it. 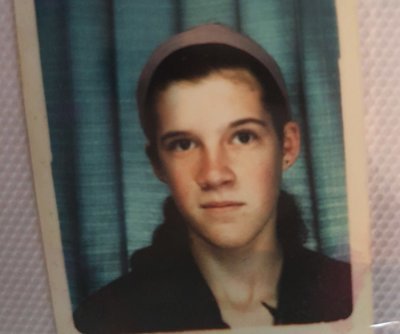 Sheila decided to have the top of her ear pierced and asked me whether I wanted mine done. At first I thought it was a bit tacky but I finally agreed to have it done. We’re going to Upstairs and Downstairs tomorrow to ask them about it and they may even do it there and then, which in a way would be good because Petunia is having her hair done so when she goes in on Thursday she won’t get all the attention, which you can tell is what she’s aiming for. It’s only going to cost £6 max so it’s not too bad. I’ve decided I’ll have my hair cut short in March, ready for the summer. It also gives people time to get used to Petunia’s hair so that they don’t blame me for copying her. It’s actually the other way round. I hate her.

We went and asked about having our ears done but he said he couldn’t do it because it might affect us. He gave us this real big lecture about how our ears, eyes and nose are connected, like we don’t know. Anyway, we’re still getting it done, but somewhere else. We won the basketball but the team we were playing against were really horrible. They pushed and shoved and my fingers got bent back and they are now swollen, they kill. We saw Tabitha in Lloyds Chemist and she’d just got a Saturday job there. God she has all the luck. I’d really love a Saturday job. I bought Robbie a birthday card and Mark a Valentine card. Bet I don’t get any. 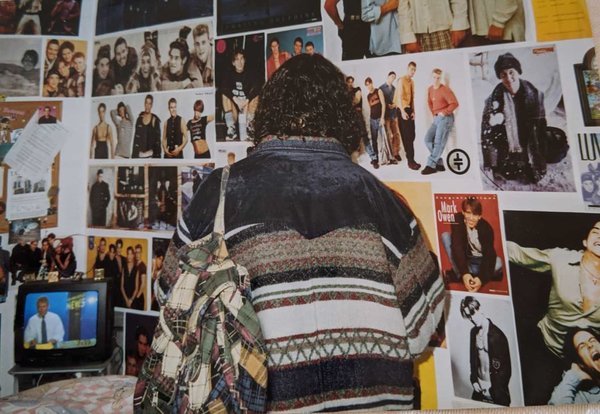 Petunia’s hair actually suits her, much to my dismay. Mind you none of the boys said anything so it isn’t that bad. Dad has told me I’m not allowed to have my ear pierced, which makes him a bit of a pisshead, but I suppose it saves me a bit of money. I’m going into Chippenham on Saturday to see if I can get myself a Saturday job. That way I’ll still be able to carry on with my paper round as well. I’ll be making like mega bucks. Aunty Karen and Grandad are staying until Saturday and are going shopping every day. God I hate having no money. I hope I can work somewhere like Boots. It’ll be really embarrassing if I work in Woolworths.

I have been given loads of coursework and it’s all really hard stuff. For Tech I’m going to take photos of Gateway and Circle K. Not exactly my idea of fun. I’ve decided I’m going to ask for a job in Woolworths first because it’s bigger so there’s probably more chance of me getting one. We’re babysitting for Nina at the moment. God knows what time she’s getting back. All I know is the later she is the more money we get. I can’t believe Mark is now 22. I don’t even know whether they’re in England or not. I’ve got this sneaky suspicion that he’s not going to reply to my letter. I suppose I’ll give him until the beginning of February. I’ve completed one of the crosswords in J17 so I sent it off to win Dance ’94. OK it’s not brilliant.

Will I get that job in Woolies? And if so will it set me on the path to make ‘mega bucks’? Is this my “this time next year Rodney, we’ll be millionaires” moment? You’ll have to tune in to next week’s teenage diary to find out 😉

In the meantime keep an eye out on Monday when I’ll be sharing the next monthly instalment of my 1993 diary!

A lot of us experience occasional pain from time to time. But this isn’t always a bad thing, because it’s an important indicator that…