The medicinal mushrooms market is set for significant growth. According to various experts in market research, the industry is likely to grow by approximately 10% per year for at least the next six years.

Turkey tail is one of the most popular fungi on the market at present. Also known as Coriolus versicolor or Trametes versicolor, turkey tail mushrooms are linked with various immune-boosting properties. Products such as turkey tail mushroom capsules are often purchased by individuals who want to experience what these fungi can do without being exposed to the taste.

In any case, let’s check out three benefits to the immune system associated with turkey tail mushrooms.

Oxidative stress happens because of an imbalance between free radicals and antioxidants. We require antioxidants to reduce oxidative stress damage, which leads to chronic inflammation and cellular damage. It is a potentially serious issue. Studies such as this one published in Oxidative Medicine and Cellular Longevity in 2016 have found that oxidative stress could increase the risk of conditions such as heart disease.

However, having a diet rich in antioxidants can help reduce oxidative stress and the ensuing inflammation. Turkey tail mushrooms contain a huge variety of antioxidants, including flavonoids and phenols. Indeed, research has found that turkey tail mushroom extract contains over 35 different phenolic compounds.

This is relevant because of what flavonoid and phenol antioxidants can do. They potentially promote better immune system health by decreasing inflammation. These compounds also increase the production of protective compounds released into the body. Many mushroom products contain these health boosting benefits. 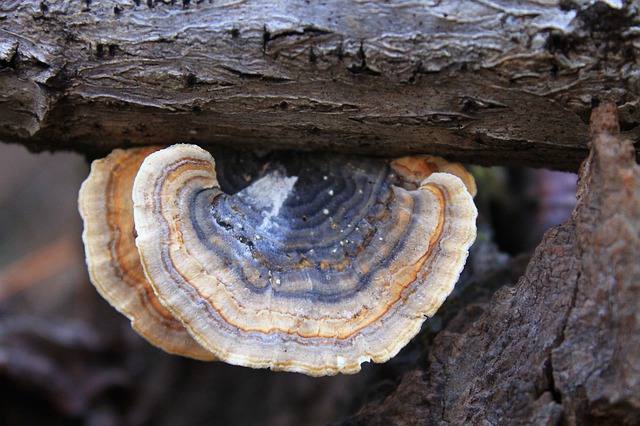 In the United States, there are over 440 million acute noncancerous medical conditions reported each year. Approximately 22 million relate to acute digestive conditions, half of which involve patients with gastroenteritis. Another six million Americans report conditions such as nausea, vomiting, and indigestion.

Individuals with these problems tend to have an unhealthy balance of beneficial bacteria in the gut. Our gut bacteria interact with immune cells and have a major effect on our immune response.

Prebiotics aid in the production of helpful bacteria, and turkey tail mushrooms are full of them! A study published in Gut Microbes in 2014 looked at the effects of polysaccharopeptides from the turkey tail mushroom on the gut microbiome of healthy volunteers.

There is also evidence that turkey tail mushrooms increase the production of beneficial bacteria such as Lactobacillus and Bifidobacterium. Having healthy levels could improve intestinal symptoms, such as lower cholesterol levels, and lead to an enhanced immune system. 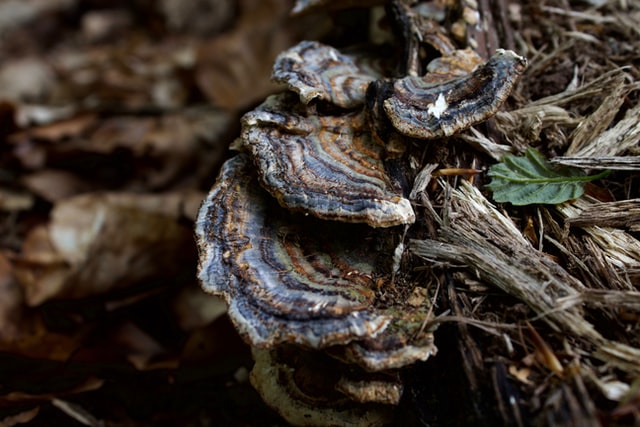 You will find these protein-bound polysaccharides in turkey tail mushrooms. PSP and Krestin (PSK) are two of the most abundant. Both have strong immune-boosting potential and achieve this by activating and inhibiting certain immune cell types and lowering inflammation.

A study published in Food Chemistry in 2013 looked at the effects on PSP. The researchers looked at test-tube studies, which showed that PSP increases monocytes. Monocytes are a form of white blood cell that helps improve immunity and fight against infection.

In a handful of Asian nations, PSK and PSP are used as anticancer agents along with chemotherapy or surgery.

What Else Could Turkey Tail Mushrooms Do For Me?

We said we would include three benefits, but in reality, there are potentially dozens. These include:

The rapid growth of the market means we can expect further research on turkey tail mushrooms imminently.

Final Thoughts On The Benefits Of Turkey Tail Mushrooms

There are lots of brands on the market. However, make sure you only purchase turkey tail mushroom capsules from a reputable source. Companies must show third-party lab reports to prove that their products contain nothing but the highest quality turkey tail extract.

Me and half marathons have got beef. I’m sure most of you already know about my big girl’s hissy fit at last year’s New…