Instant Pots are a form of pressure cooker. The first pressure cooker was invented all the way back in 1679 as a way to speed up the extraction of fat from bones. The modern day pressure cookers are very different machines, although they both have the same function of cooking food quicker and leaving it more moist and tender than traditional cooking methods. Back then meat would have been cooked over a fire and this dried the meat out and took time.

When the second world war was at its height many women found themselves working in factories to help their countries with the war. Trying to juggle their work and look after a family took time and the pressure cooker started to become popular. They helped to reduce the time it took to cook food and also reduced the amount of fuel or energy used, which was important. In the 1950’s they became a staple in many households, but they had a reputation for being unstable and dangerous. It was true that if the release valve became clogged they could explode especially if there was no secondary release on the cooker. However in reality this sounds a lot more dramatic than what actually could and did sometimes happen.

Nowadays we have cookers like the Instant Pot, which is making this way of cooking popular again. Gone are any worries about safety. The Instant Pot has to pass many safety tests before you are allowed to get your hands on it. It is fitted with locks and seals to retain the steam and has a fast release and a ‘natural’ release system available. They come with all sorts of features too but do any of these things help give you any financial savings or is the Instant Pot just another kitchen gadget?

The Instant Pot can cook meals in just a third of the time that some other conventional methods take. Simply put this means you are using less electricity in your process. This doesn’t mean you should throw everything into your pot. There are occasions where the stove may be more efficient, for instance when you have been soaking pulses such as lentils overnight. You can turn on the hob and cook them in a pan now, but if you want to use the Instant Pot you will have to wait a few minutes for the pressure to build sufficiently and after the lentils have cooked you will have to wait again for the pressure to be released before you can open the pot.

Generally speaking though the cooking times will be quicker than using an oven or hob. The steam is retained inside the cooker instead of leaving the saucepan so it is a more efficient way to cook. They also cook at a lower temperature than grills and ovens in a lot of cases.

How does having free time save you money? Well that would depend on where you work but if you were on an hourly rate or had overtime available then the cooker can be used to have a meal ready for you when you get home allowing you to stay on at work for an extra hour. Just put the ingredients into the cooker and set the cooking time. Knowing there is a meal being prepared at home means you are free to use that hour to make a little extra money.

Many people believe that they cannot eat healthily due to the cost of fresh, quality ingredients not to mention all the time involved in prepping for a meal. This is in some cases true but how many times have you decided a convenience meal was the easy choice? Or you picked up a phone to Dominos and ordered a pizza or drove to your favourite bar and had a beer and burger?

If you consider both the health implications of eating ready meals and burgers plus how much they actually cost compared to a healthy basket of food you might be surprised. This will depend on which region and country you are living in but you should be able to make batches of healthy soups to last several meals for the price of just one large pizza.

Because you can throw together a meal that cooks quickly it can reduce the urge to eat out in a restaurant or order takeaway potentially saving you money. And there is no excuse for saying you don’t know what to cook. There are 1001 Instant Pot recipes out there for you to look through and find convenient and easily prepared meals. Once you have a few favourites you will be able to make them without even thinking about it. 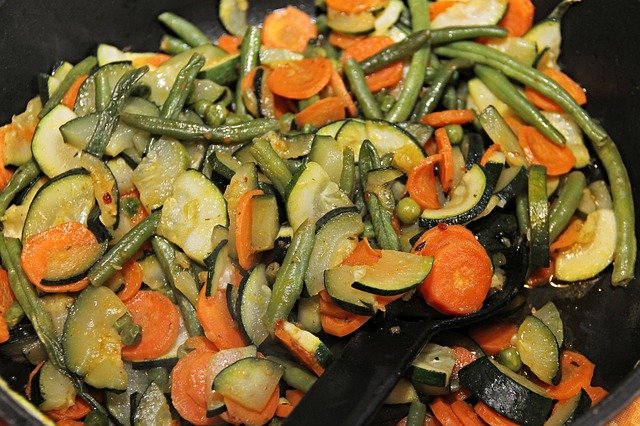 It Tenderizes Tough Cuts Of Meat

Cheaper cuts of meat tend to need a lot of cooking time. Brisket for instance takes hours to cook depending on the size. An Instant Pot will slash the cooking times by 50% or more. Braising steak might take up to 3 hours when cooked on a stove but a pressure cooker will cut that down to an hour or less. Cheaper cuts of meat are often tastier than the more expensive ones but they take a lot of time and effort to cook. The Instant Pot lets you use cheaper cuts, cook them faster and again save money.

Like any purchase you make you have to weigh up the pros and cons. There is no point spending out money on something that is never used, as you will clearly not make any financial gains. Think of buying the Instant Pot or any kitchen appliance as an investment. Will you use it enough to make it worthwhile? Will you get a return on the money you spend or will it merely sit in the corner being ignored while you reach for the Papa John’s menu. If you put some time in you should make some benefits financially in return.

Losing weight, among other things, seems to be etched in most people’s minds as either a serious goal or a bit of a pipe…