Incontinence refers to involuntary urinary and fecal leakage, due to the loss or lack of bladder control. Symptoms can range in severity and affect people of all ages, including men, women, and children. It is estimated that 4.8 million Australians are affected by incontinence, and approximately 25 million Americans. Women are considered to be more affected; however, the issue is widespread, and can present itself in various forms.

While also varying, the causes of incontinence may include:

Stress incontinence refers to physical strain placed upon the bladder that brings about involuntary urinary leakage. For those who suffer, it doesn’t take much to induce this uncontrollable loss. You may be out jogging or laughing with friends, and suddenly notice that your bladder has given you an unwanted gift – even if you didn’t feel the urge to relieve yourself. This is due to the increased pressure placed on the abdomen through a variety of physical actions.

Stress incontinence is more likely to affect individuals with weakened pelvic muscles. Pregnant and postnatal women who have had strenuous vaginal births, for example, are more likely to experience this type of incontinence; this is because their pelvic floor muscles may have been stretched and/or damaged. Menopausal women are also affected, due to decreased levels of estrogen.

Men, however, can also fall victim to stress incontinence, especially if having undergone prostate surgery or radiation. There’s a chance that during prostate surgery, the bladder neck sphincter may become damaged and weaken pelvic muscle strength, ultimately leading to involuntary leakage.

Urge incontinence refers to the sudden feeling of needing to relieve oneself, even if the bladder isn’t full, as outlined by knix. This form of incontinence can negatively impact one’s work and social life if a person can’t reach the bathroom in time. Generally, urge incontinence is caused by the body’s inability to stop involuntary muscle contractions that lead to leakage.

There are several factors that could contribute to this lack of control, including: 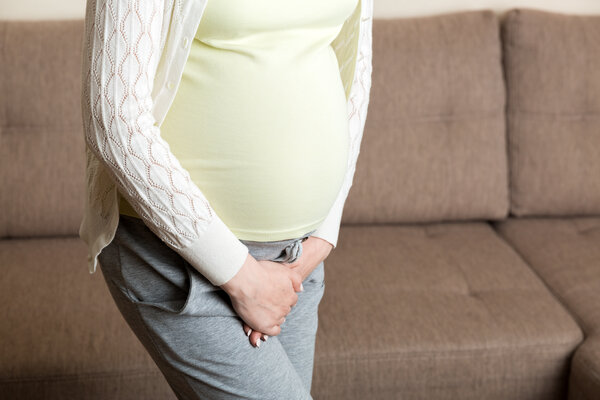 This type of incontinence refers to individuals who have a combination of both stress and overactive bladder incontinence. As touched upon above, there are several potential causes, including diabetes and thyroid issues. Anxiety, obesity, and constipation have also been suggested to contribute. It is said to be more common amongst aging women, and may occur at the most unwanted times, such as whilst coughing and/or exercising.

Overflow incontinence refers to the constant uncontrollable dribble of urine, generally caused by the inability to completely empty the bowel. It is more common amongst men than women, as it is usually associated with prostate issues. An enlarged prostate, for example, may partially block the urethra and interrupt its flow. Women, however, can be affected especially if suffering from a uterine prolapse. As discussed above, certain neurological diseases and/or nerve damage may also affect the bladder’s ability to contract properly, potentially leading to overflow incontinence.

This type refers to individuals whose actual urinary tract is functional; they may however, be unaware that they are in need of relieving themselves, or are physically incapable or unable to do so. This may be due to a cognitive impairment such as dementia, or physical ailments such as arthritis and immobility. Mental and physical illnesses are not the only factors that contribute, but also environmental. Some people, for instance, may simply be unable to locate a bathroom.

When the bladder reflexes involuntary in hopes to empty the bowel, this is referred to as reflex incontinence. Similar to other forms, this may be the result of neurological damage (sometimes present amongst spinal cord injury and multiple sclerosis sufferers), as well radiation and/or surgical complications. While other types of incontinence may lead to involuntary bladder spasms, the spasms associated with reflex incontinence may generally be stronger and produce increased amounts of urine.

Incontinence is caused by various factors, such as physical disability, cognitive impairment, and weakened bladder muscles. It can present itself as stress, urge, mixed, overflow, functional, and reflex incontinence, and it may affect men, women, and children of all ages. Depending on the severity of the condition, it is essential to consult a doctor to ensure that your quality of life isn’t affected. Even though a leakage-inducing sneeze every now and then may not seem like a big deal, it’s important to remain cautious, especially as you age and undergo surgical treatments, and/or other changes to the body.

The months have passed quickly, and now it’s almost everyone’s favorite season: summer! With the kids out of school, you have plenty of free…