In our bullying culture, it’s crucial that we understand the serious and long-lasting repercussions that emotional abuse exacts on the brain.

The unfortunate reason that I became knowledgeable about this subject is because my son was emotionally abused by two teachers. Their abuse didn’t leave tell-tale marks on his body, but it did significant harm to his brain, manifesting in depression, panic attacks, and anxiety.

We live in a society that believes, despite extensive research, that physical and sexual abuse are worse than emotional abuse. We treat harm to the body seriously while minimizing, dismissing, and even denying the harm done to the brain by emotional abuse. Some even believe this kind of abuse is an effective remedy for psychological issues or substance abuse.

Only recently has emotional abuse resulted in new laws in the U.S. to reflect its harmful effects. Still, many forms of emotional abuse are not seen as crimes, but as red flags of other forms of criminal abuse — namely those that target the body.

Emotional abuse isn’t a moment in which the aggressor loses his or her temper and apologizes afterward. It’s not when a family member, teacher, or coach yells at a young person and then asks forgiveness and explains why they were stressed out. Those are human mistakes. Emotional abuse is intentional and destructive.

Choose to become informed and empowered to oust emotional abuse from our lives. Here are four elements to understand in order to protect ourselves and others.

1. Understand how, like a concussion, the harm to the brain from emotional abuse isn’t visible to the naked eye.

Until quite recently, if someone got a concussion while playing a sport, the coach or parent would clap them on the back and tell them to get back in the game. It wasn’t understood that the brain had sustained a traumatic injury and that returning to play is the last thing you should do. Research has now established that concussions can lead to brain degeneration and even death. Likewise, we now know emotional abuse is extremely harmful.

From 1995 to 1997, extensive research conducted by two physicians showed that abuse in childhood was correlated with compromised mental health and chronic disease in mid-life. Emotional abuse and neglect were recorded as equal to sexual and physical abuse in terms of the harm inflicted.

For the last 20 years, extensive research has confirmed the significant harm to the brain from all forms of abuse, including emotional abuse. It’s well-documented that emotional abuse harms the body and brain. It’s invisible, but, like a concussion, damage occurs inside the skull.

2. Realize that emotional abuse may cause the brain to activate the sympathetic nervous system, over and over again.

The sympathetic nervous system is the body’s natural response to a threat. It activates our fight, flight, freeze response. The brain pours resources into protecting us from a predator that it assumes we’ll need to fight, run away from, or stay completely still so it doesn’t see us. Before all else, our brain’s job is to keep us alive.

The brain recognizes that fight, flight, and freeze aren’t helpful when being emotionally abused. Worse, the brain may develop a sense that this kind of abuse is going to happen everywhere so it becomes hypervigilant and the whole awful cycle can lead to chronic stress. It’s very unhealthy for our brains and bodies to be in this state. 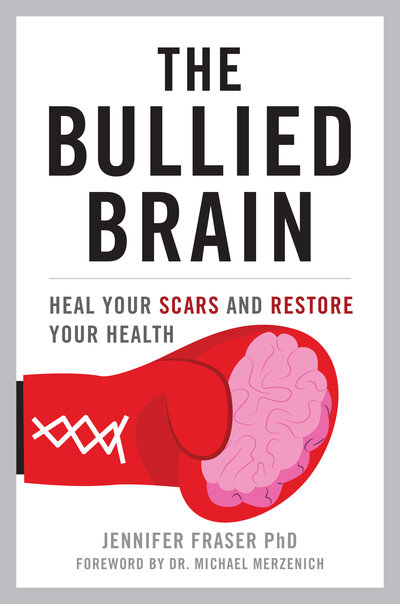 3. Call attention to how emotional abuse is especially harmful to young people in their teens and twenties.

We tend to be more protective of young children and make the mistake of believing teens and 20-somethings are adults and can better cope with emotional stress. In actual fact, due to intensive brain development, this age group is at high risk for suffering from emotional abuse. Young people through their young adult years are vulnerable to attacks that target their social standing or their status among peers. Their ongoing brain development (up until the age of 25) makes them extremely sensitive to humiliation. Yet, because of today’s rampant bullying and abuse, mental illness and suicide are rising sharply in youth populations. We can do better.

Research is clear that the best strategies for resistance and recovery from emotional abuse include:

The bottom line is that emotional abuse is as harmful as physical and sexual abuse. Because its effect on the brain is invisible to the naked eye, we make the terrible mistake of ignoring it. The more informed we are about its harmful effects, the better equipped we are to become proactive about our own and our children’s recovery. 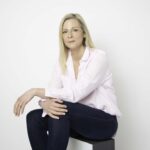 Jennifer Fraser, best-selling author and award-winning educator, has a PhD in Comparative Literature. Her online courses and workshops provide dynamic lessons in the impact neuroscience has on personal development and culture change. Her previous book, Teaching Bullies: Zero Tolerance on the Court or in the Classroom (Motion Press, Aug. 8, 2015), explores what happens when the bully is a teacher or coach. Her new book, The Bullied Brain: Heal Your Scars and Restore Your Health (Prometheus Books, April 1, 2022), delves into how bullying affects the brain and how the brain can heal. Learn more at bulliedbrain.com.

Due to various genetic or lifestyle reasons, your teeth invariably get discoloured over time. A lot of people have now started using tooth whitening…