The very thought of lead in your tap water should be enough to alarm anyone. Lead is one of the worst contaminants that can be present in your drinking water. Its health effects are so serious, that you want to make sure that you are removing every last bit of lead from your water supply as soon as possible.

There are several ways in which this dangerous heavy metal can get into your water. Thankfully, there are also several ways to remove lead. In case this subject isn’t too heavy for you, let us continue!

How Does Lead Find Its Way Into Your Water?

Obviously, no one is going to deliberately add lead to your water supply. If they do, you’d have to call the police. For real; there are two ways in which lead can easily be present in municipal water supplies.

There are also some areas in which lead can make its way into a water system naturally. Being a fairly common element natural lead contamination can also occur. How? As water gets in contact with lead deposits in the earth, it dissolves tiny amounts.

There are many good reasons for which regulators have banned the use of lead in plumbing. It is associated with many health problems, including but not limited to:

Furthermore, there is a lot of evidence to show that lead causes brain damage. Yes, people drank from lead containers for thousands of years only to learn that it was toxic.

Another problem with lead is that its toxic effects are not obvious at first. Only with prolonged exposure does serious harm begin to manifest.

Lead can weaken or disable the nerves that connect to the brain. Therefore, nerve damage is another long-term consequence of lead exposure. Worst of all, children are the most vulnerable to this kind of poisoning. If the mother is exposed to lead, the damage is also passed to the fetus. This has caused many children to be born disabled. 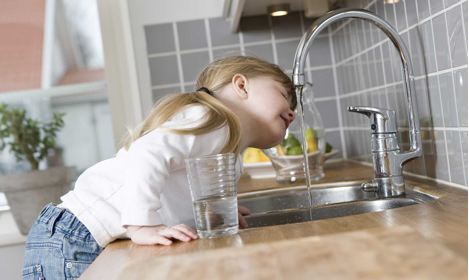 Do You Have Lead In Your Water?

Before you get worried about lead in your tap water, you need to figure out whether or not it actually exists in your water supply.

First of all, if the pipes in your home have been installed or replaced after 1986 they should be free of lead. As for the underground pipes that bring the water to your home, the story is the same. If they were made before 1986, there is a good chance they contain some degree of lead. If not, they should be lead-free.

It was in 1986 that congress amended the Safe Drinking Water Act. It now includes a provision that bans all lead-containing materials in plumbing. To find out if you have lead in your water, contact your water company and request a copy of their consumer confidence report. It should give you definite percentages. If you don’t trust the report, there are private laboratories that will perform tests to find out if there is any use of lead in your plumbing. You will have to pay a fee for those tests, though – but we think it is absolutely worth it.

How Is Lead Removed From Water?

If your water contains unacceptable amounts of lead, you need to take immediate action. First, you want to determine if your pipes are the source of the contamination. If that is the case, you will need to replace them. And just to be on the safe side, you should go ahead and replace all the pipes in your home.

According to Water Masterz, if you think your lead is coming from the pipes that are outside your home, then you have a huge problem on your hands. A reverse osmosis filter is capable of removing most (if not all) of the lead, so that is the top-tier option. However, distillation units and special filtration units are also quite effective. Those last two tend to be a lot cheaper than reverse osmosis units, making them a good option for people on a budget. 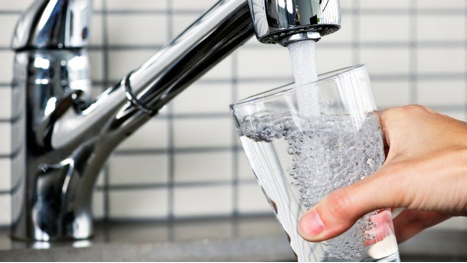 Flushing pipes is a temporary measure that you can employ to remove most of the lead from your water for the time being.

It works like this: Lead is an extremely heavy substance, and so it collects in the lower parts of your pipes. Most sinks have a U-shaped bend underneath them, which is where most of the lead can be found. Running the water for 2-5 minutes should flush out the majority of the lead, bringing it down to a tolerable level. You can then fill up some pitchers so that you don’t need to go through the process every time you want some water.

However, you will not be able to use the hot water. Hot water dissolves much more lead than cold water, so avoid it at all costs.

Lead in drinking water must be removed at all costs. Unlike most contaminants, lead is known to have massive effects on the brain, and with prolonged exposure to high levels of lead, a person can suffer from irreversible damage to their nervous system – a scary thought. It is even theorized that the people of some ancient civilizations might have gone insane as a result of unintentional lead poisoning. No thanks!

Stress can impact a number of different areas when it comes to your health. Some are physical, some are mental, and others have more…