The end of a marriage will probably be one of the most painful and difficult experiences you will ever go through. Even if you’ve known for some time that the relationship is over, it can be a difficult pill to swallow. Take comfort in knowing that you’re not alone: over 90,000 couples went through a divorce in 2018 in the UK, with an average of 12.5 years of marriage.

With all of the emotion at the end of a relationship, it can be difficult to know where to start and, importantly, what to believe about preparing for a divorce. There’s a wealth of information available on divorce, and it can be hard to find out exactly what you need to know.

Your Divorce May Take A While

The idea of a quick divorce is a comforting thought, a swift end to a painful event that means you can move on with your life. Unfortunately, “quickie divorces” aren’t really a thing beyond the tabloid press, and the process usually takes around six months, even if everything is agreed upon and amicable.

In the UK, the idea of a speedy divorce comes from the early stage of proceedings when the decree nisi is issued. This is a legal document that confirms the court’s permission for the divorce to be finalised. It can then take months to be issued a decree absolute and even then, there is a “cooling off” period before finalisation.

Chances are that your divorce will be split into two or three stages, and it’s a good idea to be prepared for it to take time.

Know The Reasons You Can Get Divorced

Some of the biggest misconceptions about divorce come from the reasons you can get divorced. Often you’ll hear “irreconcilable differences” as grounds for divorce, but more often than not, this isn’t a legitimate reason for divorce.

Depending on where you are, you can only use certain legal reasons to justify a divorce. They will usually include variations of:

These stipulations are set to change in Autumn 2021 in England and Wales, with “no-blame” divorces being introduced.

It’s also worth checking that you’re eligible to get divorced. There are normally certain criteria needed for a divorce, depending on where you’re based. In the UK, for example, the criteria are:

If you’re ineligible for divorce, you may be able to reach a legal separation agreement or annul the marriage in the first year of marriage. 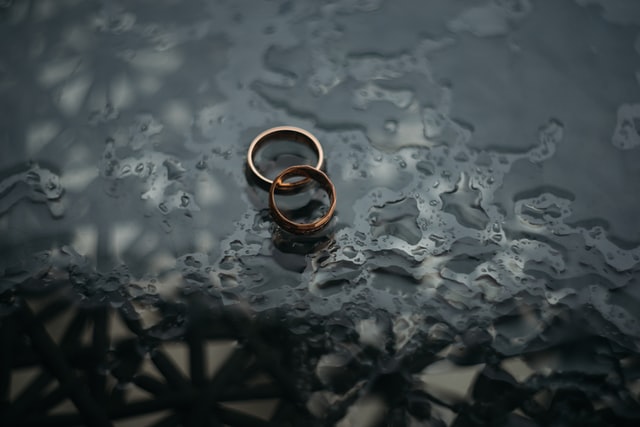 Prepare Yourself For The Cost

An uncontested divorce is one that both parties agree to and that usually means the proceedings will be less complicated and, usually, not as expensive.  Fortunately, 99% of divorce cases in England and Wales are uncontested, which means that the process should be relatively straightforward and usually won’t end up in court.

Have A Solicitor Ready

If a couple can reach an agreement about their finances and childcare responsibilities in an uncontested divorce, then there may be no need for legal assistance.

But, divorces are rarely that straightforward. They can quickly become complicated and even more so when there are children, finances and property involved.

In those cases, it’s a good idea to have a knowledgeable divorce or family law solicitor there to handle any complications and get the divorce settled as quickly and painlessly as possible. The cost for a divorce solicitor will vary.

Divorce is a topic that many people think they know a lot about. While there are people with solid advice, there are just as many that will innocently tell you falsehoods, believing them to be true.

Here are just a few:

One of the most important things to do when preparing for a divorce is to make sure you’ve done your research and understand how the process works. The laws for divorce are different worldwide, so it’s worth doing some specific research on where you’re based.

There are plenty of factors that make it difficult to survive and thrive these days. Millennials are struggling along with a measly 3% of…