You’ve probably heard a lot of hype about CBD oil. Proponents of this substance derived from the cannabis plant claim it can treat anything from chronic back and fibromyalgia pain to migraines. However, can it help those with mental illnesses too?

Research indicates that CBD oil holds potential in treating a host of mental health conditions. Patients can use it independently or in conjunction with other holistic and allopathic remedies. Could this miracle oil help you? Read on to discover more.

What Is CBD Oil? Doesn’t It Get You High?

The cannabis plant contains a host of different chemical substances. The two most prevalent are THC and CBD, with THC acting as the psychoactive ingredient in the plant. It’s what’s responsible for making you feel “high.”

CBD is the second most prevalent substance in cannabis, but it also exists in the hemp plant. It doesn’t make you feel high. Because the former remains a Schedule 1 substance under federal law, research to date is limited. However, according to the World Health Organization, no evidence of public health problems created by the use of CBD exists.

Many people who turn to CBD oil do so to remedy chronic pain — but that doesn’t include only physical agony. The substance may treat the following conditions of the mind, as well.

CBD oil holds tremendous promise in treating seizure disorders. Many people point to the story of Charlotte Figi, the child whose family moved to Colorado and benefited tremendously from CBD oil. Figi went from enduring over 300 seizures a week to once every seven days — a drastic improvement. Since her story made national headlines, thousands flocked to Colorado to try the oil.

Many patients with disorders like Parkinson’s disease, a condition that causes uncontrollable tremors, also testify to the oil’s efficacy. As a result, more CBD-based drugs are being researched and approved for epileptic conditions every day. Indeed, the FDA recently approved a drug that contains CBD to treat Lennox-Gastaut syndrome, a rare and severe form of childhood-onset epilepsy.

CBD oil shows promise in treating anxiety and depression, two of the most common mental health disorders. Millions of American adults find their quality of life hindered by these conditions. While multiple psychiatric drugs exist to treat both ailments, many of these carry a host of unpleasant side effects, including cognitive impairment.

In one experiment, researchers treated 24 patients with generalized anxiety disorder with either CBD oil or a placebo. They then created an artificially stressful environment involving public speaking to test responses. Pre-treatment with CBD significantly reduced anxiety and discomfort in their speech performance. As importantly, the participants receiving the oil experienced no cognitive impairment or decrease in alertness.

The effects of CBD on depression are less clear. While the oil itself doesn’t impact serotonin levels, it does affect the way the neurotransmitter binds to molecules in the brain. Researchers believe the substance is efficient in treating depression spurred by stress. However, little evidence supports its use as the only remedy for this condition.

Psychiatrists often advise patients with schizophrenia to avoid cannabis because the psychoactive component, THC, may cause more severe hallucinations. However, CBD shows promise in treating the condition.

In one double-blind trial, participants who have the disorder received either CBD oil or a placebo along with their existing antipsychotic medications. After six weeks of treatment, the patients who took CBD oil exhibited fewer psychotic symptoms, and researchers rated them as improved.

Like schizophrenia, bipolar disorder has a complicated relationship with cannabis products. Researchers found an association, although not necessarily a causal relationship, between daily cannabis use and an earlier onset of the condition.

However, bipolar disorder contains an element of brain inflammation, something the non-hallucinogenic oil may treat. Your body possesses an innate endocannabinoid system, and CBD uses this pathway to protect neurons from inflammatory harm.

Herbalists throughout the millennia turn to derivatives of the cannabis plant to remedy sleeplessness. While not a psychiatric disorder in itself, prolonged insomnia can lead to sleep-deprivation psychosis, a severe condition. Because CBD oil calms anxiety effectively, it offers promise in silencing the racing thoughts that keep many tossing and turning. 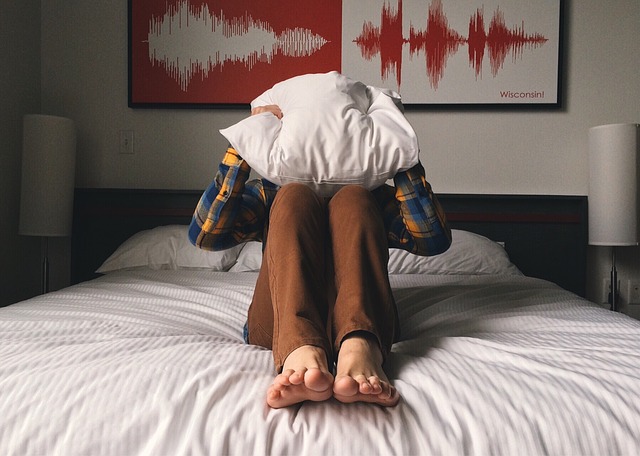 Before starting any supplement regimen, it’s always wise to consult with your physician. However, if you have any of the conditions above, you may find CBD oil offers much-needed relief. And when it comes to finances, CBD can be quite expensive in the long run so try to look for discounts online.

Working from home has become a common situation for office workers since the coronavirus pandemic began. Most workplaces closed down in March 2020, and…