As the old saying goes, an apple a day keeps the doctor away. But you don’t have to crunch into a regular old apple to keep up with this mantra. Instead, you can serve the orchard-grown fruit in ways that make you want to eat more than one — what would the doctor have to say about that?

Even more surprising is the fact that you can prepare the most delicious apple treats on your grill, of all things. You probably think of the flame-throwing appliance as a meat-centric cooking device. But it can transform a crisp apple into a tasty dessert that’s even more delicious when topped with ice cream.

Let’s stop talking about how delicious it is. Instead, let’s spring into action and make the tastiest grilled apple crisps. Here’s how.

Fire up the grill to 400 degrees. As it heats up, prepare the apples. Wash them first and then slice them in half. Then, with a knife or peeler, shave off a bit of each apple’s back so that they can sit flat when they’re skin-side down on the grill. Core each apple half to make a nice indent for the filling.

Having done those steps, move on to whipping up the apple crisp filling. Mix the granola with the pumpkin pie spice, maple syrup and brown sugar. To that, you will also add the butter, craisins and pecan chips. Fill each apple with an equal amount of the final product — it will be a lot. Then, pop the apples onto the grill for about half an  hour.

It’s up to you how you serve your crisps. They’re delicious alone, but you might also want to add a dollop of whipped cream or a scoop of ice cream to make them even more tasty!

Go Without the Grill

Now, you might not want to heat up the grill every time you have a craving for an apple-based dessert. You’re in luck — countless easy recipes will allow you to do just that. For instance, you could try apple pecan cake bars, which boast similar ingredients to the above crisps. The primary difference is, of course, that you’ll prep your cake bars in the oven instead of on the grill.

Another warm apple-centric recipe to try this season is apple cinnamon oatmeal cookies. They have the perfect seasonal flavours of fall and the gooey texture cookie lovers crave. Obviously, you need an oven to make these sweets, too.

Now, if you don’t have a grill or an oven, don’t worry. Experts have pioneered plenty of apple recipes that require zero baking on your part. From apple nachos to applesauce to soups to salsa, you’ve got nothing but options. It’s up to you to decide what you’re in the mood for when your apple craving arises.

For now, we’re partial to the apple crisps on the grill. If you have access to a barbecue, don’t hesitate to try out this simple recipe — as you spoon into the gooey, granola-covered fruit, we know you won’t regret it. 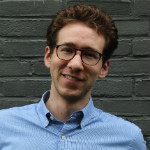 Dylan Bartlett is a lifestyle blogger from Philadelphia. He writes about food, health and wellness and similar topics on his site, Just a Regular Guide. Follow his Twitter @a_regular_guide for frequent updates on his work.

Being unhappy with your weight is difficult and upsetting. As well as feeling uncomfortable about the way you look, being overweight will put you…