We’d all like to live longer in a healthy state. But according to the latest research, very few of us are doing the things that are proven to help.

Not everybody is going to live to be 100 years old. Even in communities untouched by the temptations of modern civilization, most people die before hitting the century mark. However, there is evidence that the majority of people with the right choices could live until their nineties in relatively good health. We don’t have to spend the last twenty years of our lives on medications, unable to move: the choices that we make today make a profound difference.

The science of what makes people live longer is going through something of a revolution. Until recently, all we knew were the behaviors that seemed to be associated with longer life: things like not smoking and getting regular exercise. But the more that science delves into the topic of aging, the more we learn. It’s not as simple as a car that gets olds and rusty and eventually wears out. Aging is something much more profound and, surprisingly, modifiable.

In one of the most extensive studies on healthy aging to date published in the leading medical journal Circulation, researchers followed the lives of more than 5,000 people in the CARDIA study, a big and expensive prospective trial which aims to shed some light on the types of behaviors that protect people from disease as they age. The findings from that study were mostly common sense.

Don’t smoke. Eat a “healthy diet.” Exercise every day. Avoid drinking too much alcohol, and keep your weight down. It’s pretty basic stuff.

But what was so interesting about the study was that practically none of the participants hit four of the five lifestyle factors, let alone all five. The vast majority of people failed to eat a healthy diet (which wasn’t particularly healthy), get enough exercise, and avoid alcohol. Even fewer people had made the switch to vape kits or changed their behaviour regarding smoking.

The results got the researchers thinking: what would happen if the majority of people hit all five healthy behaviours? Unfortunately, because so few people live a genuinely healthy lifestyle, they couldn’t apply the usual statistical significance tests on the data. Only a few people made all five healthy lifestyle choices, and so there wasn’t a sizeable enough group to make a general statement about their health. What you would expect, however, is that the people who adopted all of the healthy behaviours and stuck with them throughout life would live substantially longer than those who didn’t.

Of course, the study focused on the known and highly-publicised risk factors for early death. It didn’t consider many of the emerging factors that appear to play a substantial role in helping people to live longer – some of which are unexpected. 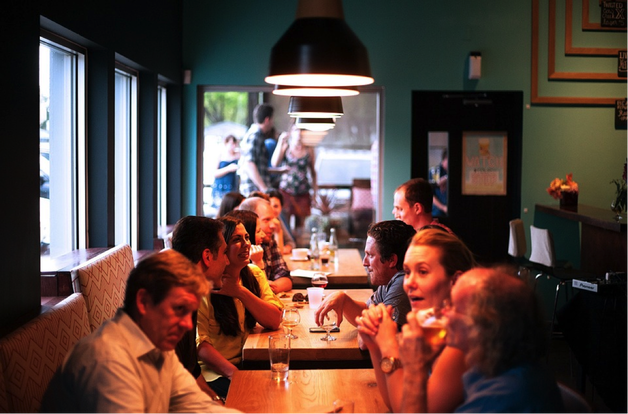 The idea that having a lot of friends and meaningful relationships would help you live longer seems a little far-fetched. But time and time again, researchers find that it’s an essential factor.

The first hint that social relationships might play a role came when scientists studied the Blue Zones – places in the world where people regularly live past a century. Scientists wanted to understand what made these places so special and why people seemed to be able to live longer here than just about anywhere else on Earth.

What they found was remarkable: not only did people eat well and avoid many of the trappings of Western society, but they also have excellent social environments. People lived in communities where they knew everyone, and people were tightly knit.

This early research was then later backed up by further studies, which showed that people who live in isolation in the West experience a worsening of their health. Major studies looked at the ways living by yourself as an older person increases your chance of developing a host of long-term chronic diseases, such as heart disease, dementia, and stroke.

Why having a close-knit social circle is essential remains a matter of scientific inquiry, but the general sense among researchers is that having people close to you has real, physiological effects on the body. Part of the explanation is evolutionary. When we are with other people, we feel more protected and relaxed. If a predator approaches, there are many people around to signal a warning. Likewise, other people in the community can help us meet our basic survival needs: something that’s much more challenging to do when we are by ourselves.

I don’t know about you lot, but this cold winter weather plays havoc with my skin, so door 9 of our advent calendar wants…