It’s that time of year when we all look to make changes to ourselves. From trying out the latest new diet that promises to get you lean in fifteen, to embarking on new gym memberships to get the body of your dreams, through to cutting back on the booze just because… well because some clever spark invented ‘Dryanuary‘ and it seems like that’s the thing we should be doing. We’re all striving to be better than we are and comparing ourselves to others in the process.

I know I give it all ‘oh I’m 100% happy with who I am’ and I am for the most part, but I’d be lying if I told you I don’t sometimes compare myself to others.

Of course I do!

Some days I want to be the woman who listens to Woman’s Hour on Radio 4 and who a) understands what they’re talking about, b) has an opinion on it and even better c) has a strong enough opinion on it to warrant phoning up and expressing that opinion.

But I’m not… I’m rubbish at getting my point of view across, well verbally at least, I speak like a countrified yoof most of the time and I’m prone to making up words.

Some days I want to be the woman who has the desire, discipline and downright determination to train for a running achievement. Be it a new speedy 5K PB, or a distance I haven’t reached before, or even one of those crazy assed ultra run thingummybobbins.

But I’m not… I can’t be arsed, I’m shit at sticking to any plan that seems as though it will be tough, I’m honestly frightened of failure and well most of all I like sitting on the sofa and drinking wine too much!

But I’m not and I don’t… because jeez I barely have enough time in the day to wash my hair let alone do all that other stuff. Plus have you seen the cost of craft stuff!?!?!

I want to be the woman who has more of a social life than her children. Who fills up the family calendar with exciting nights out, work opportunities and holidays galore.

But I’m not… because… well kids… and football… and brownies… and swimming… and school… and dentist appointments… and so on and so on.

I want to be the woman who is effortlessly stylish, who simply bungs stuff together of a morning and emerges from the house looking like she’s stepped straight out of a Boden catalogue or something. Come on we all know someone like that right? That woman who wakes up and looks gorgeous from the get go. And no matter how scruffy she looks, somehow she still manages to pull it off.

But I’m not… because I look like a dog’s dinner when I wake up and my clothes drawers are so rammed full of crumpled up clothes that there’s no way anything’s gonna look styled on me. Plus have you seen my actual hair!?! 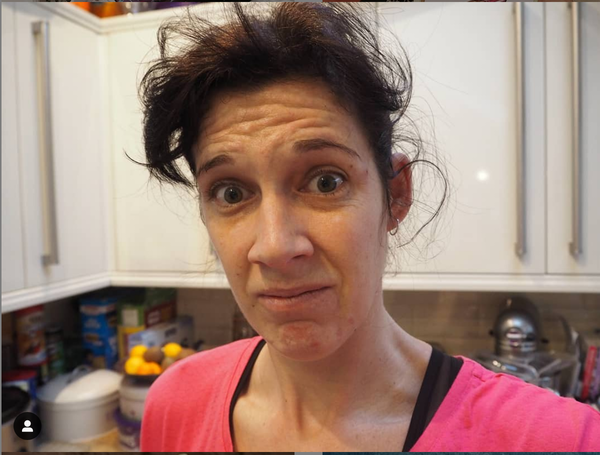 Some days I want to be the woman who gets along with her kids – all the time. The mum who spends time joining in imaginative play, whilst simultaneously teaching them Mandarin, how to play the harp as well as writing haiku poetry all at the same time.

But I’m not… because my kids like video games and I’ve helped in their love of video games by allowing them to play on them because quite simply it gives me a break. And because some of the time I can’t bear being in the same room as them, especially when they’re bickering at one another. And I most definitely cannot be arsed to put on an American drawl and pretend to be Barbie going on another frickin’ trip to the mall!

Comparison… it’s a bitch ain’t it?

And yet we are surrounded by it, positively suffocated by it every single day, no scrap that, every single waking moment of our lives. From social media, to TV, adverts to magazines and newspapers we are confronted with other women who we can’t help but compare ourselves to. And I’m not just talking comparing in a physical sense, but also in the achievements that have been reached, of the business contacts they have made, the jobs they have had, the cleverness of their children, the time of their run, the heaviness of the weights they’ve lifted.

It got me wondering whether anyone compares themselves to me. Am I inadvertently making people feel envious, or have bad feelings about themselves because they are comparing their lives to mine?

But how do we avoid this comparison? I mean sure we can go all digital detox and shut ourselves off from the social world but what about the real world – the school mums, the fitness friends, the old school friends, the work colleagues, the wives of your husband’s friends.

Everywhere I tell you.

So we come back to the question of how on earth do you become the woman you really want to be. And the answer? Why the answer is of course that you are already her.

As I sit here and write this I’ve had a mini revelation. Sure sometimes I’d like to be some of those other women I mentioned earlier, but even if I somehow managed to be all those women combined, I’d still want more… because quite simply none of us are ever happy with what we’ve got. And that’s what it boils down to isn’t it… mindset.

We need to change our mindset.

We need to flip it around and instead look at it from a different perspective. We need to look at what kind of women we ARE.

I am the woman who takes time to listen to people, who offers advice, who tells it how it is, who will always be there with open arms, a box of tissues and money to buy wine.

I am the woman who’s the good kind of weird, the one who will always say something inappropriate, who ain’t afraid to make a tit of herself, who will pretty much do anything if it involves dressing up and booze.

I am the woman who gets it done, who you can rely on, who gives it her best, who won’t let people down, who is trustworthy and kind but suffers no fools.

I am the woman who encourages her children to exercise, to explore the world, to seek new adventures, to ask questions, to express emotions, to be fearless.

I am the woman, who despite vowing never ever to run has been running now for roughly 3 years and still finds it just as difficult but who hopes that through her own journey she helps inspire others. 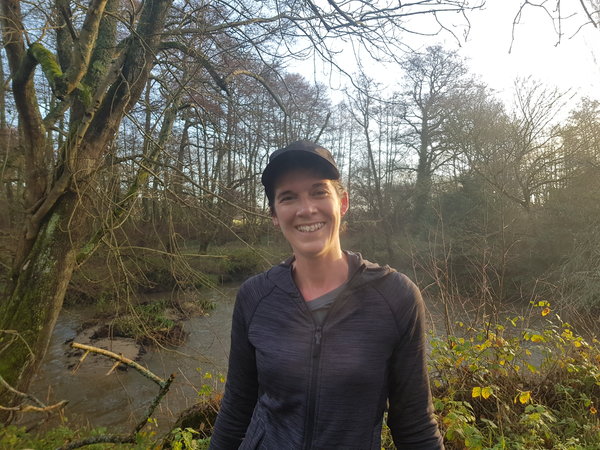 I am so much more than I give myself credit for, we all are, and that should be recognised and celebrated and bloody well shouted out loud. Because sod comparison, we don’t need it. We are who we are – unique, quirky, wonderful, human, everything and more.

And that my friends is the secret. Nothing fancy. Nothing gimmicky. Just plain and simple truth.

Let’s not even talk about what a shambles 2020 has been. We’ve heard enough. With Christmas on the horizon and talk of a vaccine…