Whether you are completely plant based or you are considering dipping your toes into the world of veganism, you’ve likely heard of the many milk substitutes that have been floating around in recent years. It’s no secret that cow’s milk is not the healthiest choice for your body or for the environment, but that raises the question: which plant based milks do I choose to substitute it with?

Although swapping out dairy for substitutes is an all-around great option, there’s definitely a bit of research you can do to make sure your plant based milks are the very best for you — and the earth.

The Reality Of Cow’s Milk

One of the most important distinctions to make before you even get started is understanding the reality of cow’s milk and its impact on your health and the environment. The production of meat and livestock farming contributes to 14.5% of global carbon emissions, and that includes dairy production.

Consuming regular milk can also raise your risk of cancer, diabetes, and other health conditions. Plant based milks are usually the superior option. So, here is a guide on which ones you should go for.

One of the most common milk substitutes, almond milk, is one of the most vitamin-fueled plant milks out there, with calcium, magnesium, zinc, vitamin E, phosphorus, and prebiotics, it’s no wonder why so many people choose almond milk. While almonds and almond farming does have somewhat of a carbon footprint — still 10 times less than dairy — it can be a bit of a balancing act. 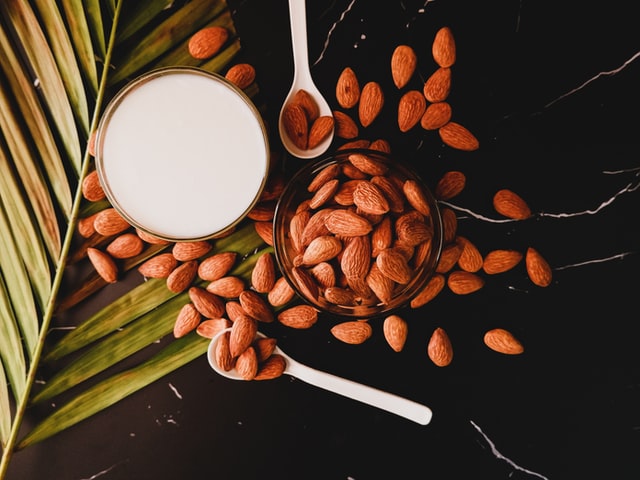 Soy is yet another common and popular plant milk. And although it is high in many vitamins and minerals, some people are uncomfortable with drinking too much soy due to the possibility of hormones. However, this is usually less of a concern than initially thought, especially for those who are completely plant based.

When it comes to the environmental impact, soy milk and other soy products leave only a fraction of the carbon footprint animal products do, so you can rest assured that soy is at least better for the environment!

Oat milk officially has the lowest environmental impact of the common plant milks, as it takes the least amount of water to produce. Additionally, oat milk offers a variety of vitamins and minerals like fibre and antioxidants, which are essential for vegans and omnivores alike. Oat milk is also fantastic for coffee drinks and other flavourful treats. 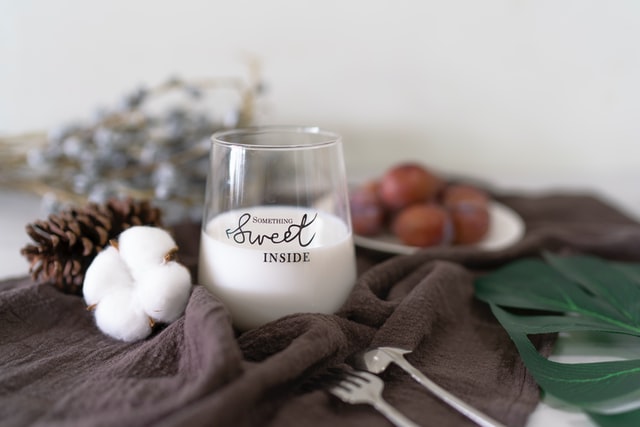 If you are on the hunt for vitamin C, vitamin E, zinc, iron, calcium, and potassium, look no further than coconut milk. It is much more sustainable than cow’s milk, emitting only a fraction of the carbon footprint.

However, some sources maintain that coconut milk production isn’t sustainable in large quantities, as it disproportionately produces emissions in countries where coconuts are grown and sourced — such as Indonesia, India, and the Philippines.

Containing vitamin A, vitamin C, calcium, and iron, flax milk offers a variety of the nutrients found in flax seeds — as that’s where flax milk is produced from. Plus, it’s high in fibre. In terms of the environmental impact, you probably guessed that its carbon footprint is extremely small when compared to cow’s milk, making it another great choice for the planet.

Plant Based Milks And You

The choice to switch to plant based milk might seem a little bit drastic at first, but it’s actually much easier than you think. With the environmental impact and the positive effect it can have on your health, it’s absolutely worthwhile to give plant based options a try. Do you have a favourite plant derived milk, or are you open to anything?

Jane is an environmental writer and the founder and editor-in-chief of Environment.co where she covers sustainability and eco-friendly living.

Travelling can be stressful, regardless of the destination, however, it is possible for this stress to be reduced with some planning and healthy habits….