Chinese ancestors who lived thousands of years ago established a set of principles in understanding the human body. From these principles, they studied the external and internal factors that create imbalance and disconnection—a major factor in a person’s sickness or odd feelings—and sought to restore balance with various methods underlined in the traditional Chinese medicine (TCM).

From cupping, acupuncture, to herbs and exercises, this article will run you through the TCM basics, starting from its cornerstone principles and common methods.

What Is Traditional Chinese Medicine?

In essence, traditional Chinese medicine focuses on the force of life, also known as Qi. The Chinese believe that a skewed Qi, triggered by external forces that upset the yin and yang balance, is what makes one feel off, eventually causing pain and illnesses. You may have known yin and yang as the opposing positive and negative forces.

The same goes for TCM, where there are four opposing principles in a person’s overall wellbeing. Traditional medicine methodologies focus on bringing back your body’s natural harmony.

The National Center for Complementary and Integrative Health (NCCIH) has funded ongoing researches on the impact of traditional Chinese medicine on fibromyalgia, the efficacy of acupuncture in relieving pain from breast cancer after-treatments, and the integration of tai-chi as an alternative cardiac rehabilitation program for a selected group of patients.

Traditional Chinese medicine has four pairs of opposing elements, namely yin and yang, hot and cold, deficiency and surplus, internal or external. Yin and yang occupy the main subcomponent of Qi, and the rest of the components are organized under each element.

Under the yin are the elements such as cold, deficiency, and internal. Inversely, yang elements include external, hot, and surplus or excess.  The Eight Principles of Chinese traditional medicine were first discovered by TCM scholar Zhang Jie Ben in the 17th century. 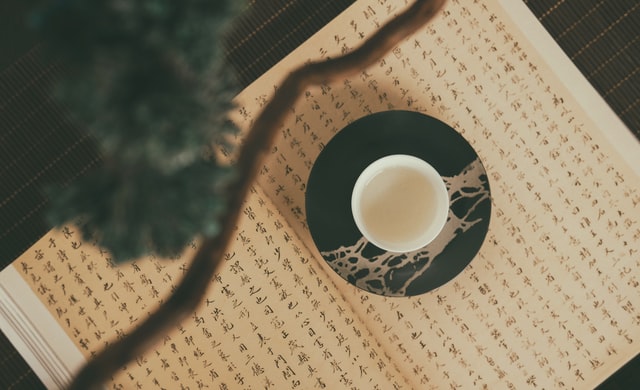 In most cases, particularly in long-term ailments, all of these elements are critical, being that not all disorders can be clearly classified as caused by a single group of elements. For instance, not all sicknesses can be triggered by yang, external, and excessive factors. Diseases are typically a combination of all of these eight principles.

A practitioner can determine whether a certain illness is caused by an excess or deficiency of both yin and yang. After finding out the imbalance considering all the elements earlier mentioned, traditional medicine can be tapped to restore harmony. Few of the methods commonly used in treating the condition will be discussed in the succeeding sections.

These elements relate to temperatures, as set off by the specific illness. The most telling sign of an infection, for example, is a fever; a hot temperature. In traditional Chinese medicine, there are more symptoms of heat. Rashes, flushed cheeks, a dark yellow excretion, and offensive odor are all indications of heat in a patient’s body.

Inversely, chills, a pallid complexion, and coldness are the signs of coldness in the body. A patient will have a light-colored urine and clear mucus. The limbs, abdomen, and other areas of the body may also feel cold to the touch.

Excess and deficiencies refer to the state of qi, blood, and yin and yang in a person’s body.

As the name suggests, excess elements in the body means an oversupply of something. Persons suffering from a pattern of imbalance leaning towards excesses are most likely to suffer heavily once they’re exhausted. Examples of excess or full patterns include restlessness, irritability, constipation, and acute diseases.

In addition, sweating and colds indicate an excess of heat in the body.

Generally speaking, deficiency means something lacking in the body. This rather develops slowly, as in the case of most chronic diseases. Its symptoms include pain, fatigue, sleepiness, and signs of most common chronic illnesses.

Chinese ancestors believe that pain is caused by a lack of substance in your body. Have you ever wondered why pain is relieved by putting pressure on the affected area?  That’s because pressure fills the empty substances that trigger the discomfort.

A patient who doesn’t have adequate yin and blood will likely experience dry skin and eyes, as well as brittle hair and nails. A deficiency in the body will feel better when the body part is warmed or heated.

The external and internal elements describe the origins of location of a certain disease.  Apart from its location, a disease could be triggered by external influences and/or conditions inside the patient’s body.

In Chinese traditional medicine, this can be anything that affects the internal organs—lungs, kidneys, and heart, among others. Exterior influences can develop with poor diet, sedentary lifestyle, and persistent stress. If exterior problems are left unaddressed, they can enter the body and turn into a chronic disease.

This condition is marked typically by viral conditions. Hence, a common cold is considered an external imbalance based on the traditional Chinese medicine. In most cases, this refers to the diseases that affect the skin, hair, nails and muscles.

Clinical manifestations of external disharmony include chills, fever, a dislike of cold temperatures, a weak pulse, and headaches. 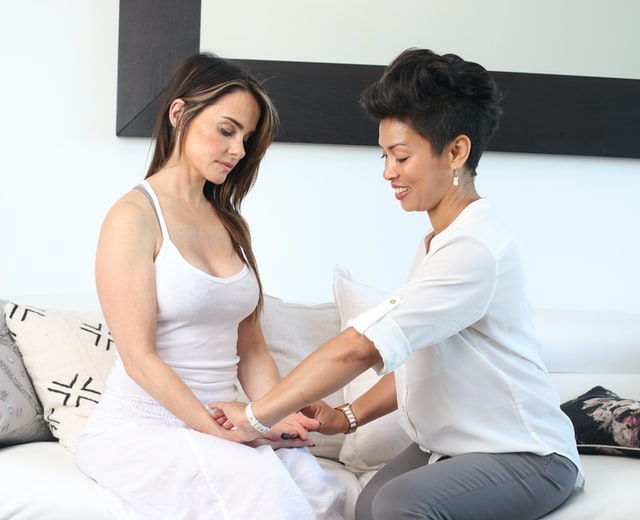 Although each treatment will require customization based on a patient’s specific conditions, TCM requires external patterns to be addressed first before the interior elements. Additionally, the surplus patterns should be solved before moving on to the deficiencies. In restoring the balance between hot or cold, a practitioner needs to identify which of the two is more severe and causing major health problems.

Clearing imbalances among the eight elements include the following treatments:

Chinese herbs, also called botanicals, are known for their medicinal or therapeutic properties. They’re sold in the market in-store and online via shops like People’s Herbs and come in various forms. It’s common to see herbal oils, tea and powdered herbs, as well as botanical products processed into capsules and gel, and labelled as dietary supplements. Chinese herbs can also be mixed with other minerals and nutrients.

Herbal products have been the subject of small studies in the treatment of mental disorders, respiratory illnesses, stroke and cardiovascular conditions, often with mixed results. This fact, however, doesn’t discourage users from buying various herbal concoctions.

Below are the most common herbs used in traditional Chinese medicine and their purported benefits:

Various factors need to be considered in the efficacy of Chinese herbal products. These include chemical composition, interactions in the body, the manufacturing process, and the overall potency of the product.

This method involves the stimulation of specific points in the body by inserting needles superficially. Studies suggest that acupuncture stimulates the body’s natural healing and pain-fighting properties, in part by controlling the way the pain is processed by your brain. A study also indicated that acupuncture may help minimize inflammation, and may be effective in addressing back, knee, and neck pain, as revealed by NCCIH. 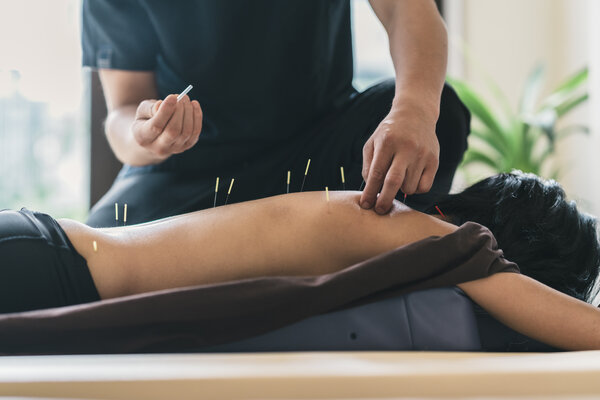 If needles don’t appeal to you, consider practicing tai chi. This practice, which is also known as meditation in motion, involves specific poses, movements, correct breathing, and mental focus. Like its close counterparts, such as yoga and meditation, tai chi can contribute to one’s overall wellbeing.

Some studies suggest that tai chi may help promote balance and stability in the elderly. This form of Chinese martial arts is also said to be beneficial for patients with Parkinson’s disease. Tai chi is also said to be useful in patients suffering from fibromyalgia, by reducing pain and improving a person’s overall mood.

Moxibustion, also known as moxa, is a practice that’s closely linked to acupuncture. Patients suffering from cold imbalances may benefit best from moxa as it aims to warm the body and regulate blood and Qi flow.

There are a few ways to carry out this method. Some burn a Chinese herb called mugwort close to one’s skin. Other practitioners gather a small pile of mugwort on the skin and removed before it can burn the skin. Some use this with acupuncture by heating the needles before and after insertion.

Asthma, colds, diarrhea, pain, and kidney-related ailments, are among the disorders that may be addressed by this method.

A cross between massage and acupuncture, tui na is believed to be effective in addressing chronic pain and musculoskeletal disorders. Complemented by herbal compresses and ointments, tui na involves a therapist to guide a fully clothed patient to perform various healing poses.

A therapist uses several techniques in restoring harmony and balance in the body, which includes pressing, kneading, lifting, rejoining, pushing, and holding the patient’s body.  These healing are said to improve blood circulation, reduce neck and back pain, and may help treat depression.

This method will cause you to end up with weird circular red marks all over your body. That’s because cupping involves placing jar-like pieces on your skin in order to create a suctioning effect. This ancient practice is said to promote blood circulation, relieve pain, ease muscle soreness, remove heat, and pull toxins away from your tissues.

Because of its perceived health benefits, traditional Chinese medicine enjoys a wide following worldwide. The methods used in TCM are touted as therapeutic, although they don’t intend to replace medications and other medical treatments recommended by your healthcare professional.

The experience of being bored or feeling low is quite normal and different factors can influence this feeling. The weather for example during the…