As someone who has recently had the results back from a health and fitness DNA test and discovered that I have a slight intolerance to caffeine, to say I’m wary of energy drinks is an understatement.

Like most adults my age, my youth was spent drinking Red Bull and vodkas in a bid to both get drunk and have the energy to stay up partying all night. I would then have more Red Bull the following day to try and ward off the hangover and to help get me through the working day. It played havoc with my sleep and I constantly felt jittery and on edge. Since then, I steer clear of caffeinated energy drinks – although I do still love my early morning coffee.

Chilled Maté (pronounced mah tay) is a sparkling yerba mate drink which is sold in 330ml cans and is available in two flavours: Natural and Sicilian Lemon & Brazilian Lime. For those of you that don’t know what yerba mate is, it is a naturally caffeinated herb native to South America and has been used for centuries as a source of energy. To give you some kind of context to compare caffeine levels, a standard cup of coffee contains about about 85 milligrams of caffeine whereas yerba mate contains about 78 milligrams. So we’re talking a little bit less than coffee but slightly more than a cup of black tea.

The taste is very unique and unlike anything I’ve tried before. It looks like sparkling apple juice and smells fresh and zingy, however the taste is kind of earthy and both sweet and bitter at the same time. It is about as far removed as you can get from what I envisage energy drinks to taste of, or certainly what I remember them tasting like. I’m guessing this is mainly down to the unique taste of yerba mate, but also down to the fact that it is sweetened with organic agave syrup and stevia rather than refined sugar.

It’s actually a really refreshing drink and whilst I wouldn’t necessarily say that I’ll be reaching out for it on a daily basis, I may consider it if I was flagging in the morning and didn’t fancy a cup of coffee. Because of the caffeine content it is not recommended for children or pregnant women and I would personally suggest that it isn’t consumed after 3pm if you still want to get a good night’s sleep.

Each can contains just 33 calories so there are certainly no concerns if you’re watching your weight and they’re also vegan friendly. It made a change having a drink that was so different and it kind of tasted like a sparkling savoury drink, in the same way that say tonic water or ginger ale does. In fact I reckon it would work a treat with some gin or vodka if you’re up for some 90s Red Bull and vodka style nostalgia – in a purely natural and slow releasing energy kind of way of course!

If you’re sensitive to caffeine I would personally avoid it, however if you already drink energy drinks and are looking for a healthier alternative to the sugar riddled chemical induced neon coloured offerinsg out there, then Chilled Maté could be the drink for you. 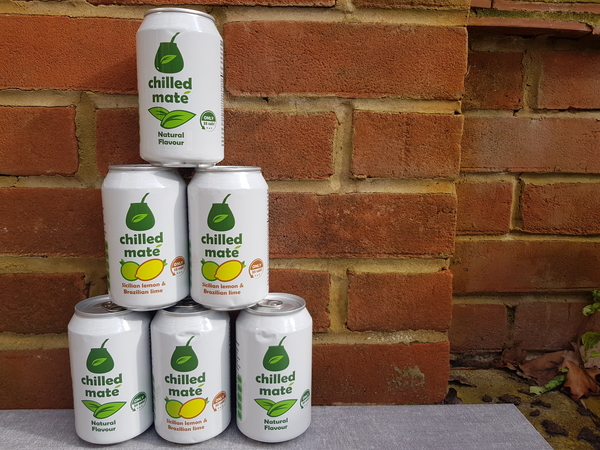 Chilled Maté Sparkling Yerba Mate Energy Drink is sold in packs of 12 on the Chilled Maté website and is priced at £24.00 (that’s £2 per can, so by no means cheap).

Round sunglasses are one of the most stylish classic trends of sunglasses that both men and women embrace. However, sunglasses of all shapes have…