Wearables such as Fitbit, Samsung, Apple, Garmin, and others provide more information about your health than steps recorded and calories burned. Let’s look at 4 health tracking features offered by smartwatches.

With the addition of an electrocardiogram app to Apple Watch models in the Series 4 model last year, Apple took a large step forward toward giving users power over their health. This feature has now been incorporated into the Series 5 and Series 6 models. A-fib is a risk factor for stroke because it is a major abnormal heartbeat. The app may detect this. It is termed ECG instead of the more widely recognised EKG acronym.

Fitbit has obtained regulatory approval from the US Food and Drug Administration for its own EKG software, which will be available on the Fitbit Sense. Samsung has also updated the Galaxy Watch3, and the Galaxy Watch Active2, with its own FDA-approved heart-monitoring ECG app.

An EKG measures your heart’s electrical pulse frequency and intensity. A “sinus rhythm” result indicates that the watch identified a regular heartbeat rather than A-fib. In any case, you must get medical help if you develop any symptoms. Apple makes it clear that the watch does not screen for heart attack symptoms.

Measuring is carried out automatically during the day or while you are asleep. A manual reading can also be taken by steadying your wrist on a table with the watch display pointing upward, pressing Start, and then waiting patiently for the 15-second timer to expire.

When most healthy individuals report readings between 95 and 100 percent, what does a lower oxygen measurement mean? UCSD professor of medicine Leslie Saxon, M.D., says blood oxygen levels may be an indicator of cardiovascular, heart, or lung disease, as well as neurological issues or sleep disorders. 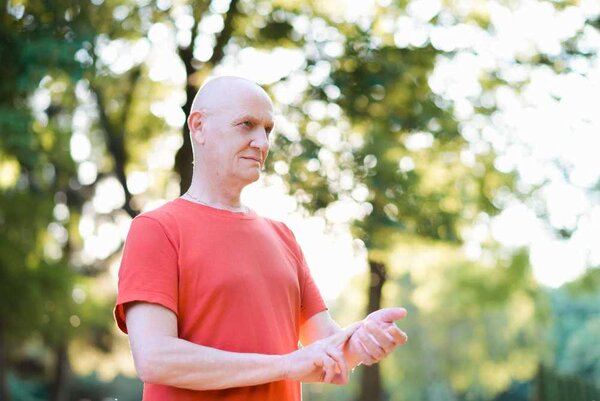 With advanced Fitbits and Samsung Galaxy smartwatches, you can monitor your sleep quality, including when you wake during the night and when you sleep. Apple’s watch primarily focuses on preparing the body for a restful night’s sleep by providing a wind-down routine before bedtime.

If you plan to sleep with any of the smartwatches, be sure they are fully charged before going to bed, and charge them again if necessary when you wake up. According to PC Magazine, only the Fitbit Sense has a battery life that lasts more than 24 hours under typical use.

The Fitbit’s Sense now has an electrodermal (EDA) sensor. The device’s sensors can detect the tiniest changes in sweat level in your skin when you touch its face with your hand. Fitbit calculates a stress management score based on heart rate, sleep, and activity data, with a higher number indicating fewer physical symptoms of stress, and a lower number indicating more signs.

Fitbit may suggest breathing exercises and other mindfulness exercises to help you manage stress. A more in-depth look at the data will require a paid membership after the free trial period.

The Sense has a specialised sensor that can detect changes in skin temperature. Apple and Samsung smartwatches do not currently have this functionality.

If any of the results are off, don’t panic; instead, compare them to your baseline. However, don’t dismiss warning signals.

What smartwatches can track is still in its infancy. Currently, neither Apple Watches nor Fitbits have the ability to monitor blood glucose levels or high blood pressure without additional devices. Though Fitbit isn’t alone in this market and many smartwatches are now offering blood pressure readings. This would be a tremendous benefit to diabetics and hypertensive people. Though you can find this feature on certain newer Garmins.

Apple recently announced a partnership with Anthem and the University of California, Irvine, to examine how its watch could help people with asthma. An apple research project will look at how the watch may help patients with heart failure have better results, in conjunction with the Ted Rogers Centre for Heart Research at the Peter Munk Cardiac Centre in Toronto.

Those are some of the health monitoring features to look for in a smartwatch. Happy shopping!