Ask any parent and they’ll tell you that raising a child is basically a series of different phases. There’s the newborn phase, the terrible two’s phase, the starting school phase, the says no to everything phase, the difficult phase, the assertive phase, the think they know everything phase and these are literally only a handful. I can guarantee that at some point during your parenting journey you’ll have heard the words “oh don’t worry, it’s only a phase”!

My eldest turns 11 tomorrow and maybe it’s because it’s his birthday that I’m feeling all nostalgic and soppy, or maybe it’s because he’s off on a school residential next week. Whatever it is, there’s huge change afoot for all of us and I wanted to share my feelings to help other parents who are at a similar phase with their children.

Ahhhhh those delightful years between the ages of 9 and 12… the tweenage years. Not yet a teenager in age, but certainly all the signs of a teenager emerging. My son is the very epitome of a tweenager – he has the attitude, he has the eye roll, he struggles to get out of bed in the morning, he is hitting puberty way earlier than I was expecting him to, and he thinks he knows bloody everything. I thought it was practice for what’s to come, parent friends with older kids have told me it gets worse… much worse.

He has just over 3 weeks left at junior school and while I have no doubts he is 100% ready for the transition up to secondary school – heaven knows he needs bringing down from his arrogant year 6 pedestal – there is still a part of me that wells up at the thought of him growing up. It seems like only yesterday that he was calling me ‘Nanny’ (he struggled to say the word ‘mummy’ when he was baby and so for a good few months called me ‘nanny’ – got us some right strange looks at the supermarket!), that Iggle Piggle and George Pig were his idols, and that I was the centre of his universe. Now he has braces, he’s getting spots, he has proper full on man smell going on, and he knows more swear words than me, which is quite some feat! He’s had his sex ed chat at school, he has a 5 day school residential next week and soon his school polo shirts will be replaced by a proper shirt, a blazer and a tie.

How Am I Feeling About Him Growing Up?

In the main I feel fine. I’m fine with him walking to and from school on his own, I’m fine with the fact he wants more independence and responsibility, I’m capable of letting him go. But every now and again it catches me and I inwardly sob at the loss of my little boy. I know it sounds dramatic, but when a FB memory pops up or when I see a random toddler out and about and it reminds me of how he was at that age it makes me realise how fast the years have flown by. Slowly some of the things I took for granted start to disappear. There’s no more reading a bedtime story. No more hand holding, or cuddles or kisses in public. Toys have started disappearing from his room. He no longer plays… because it’s not ‘cool’. Bedtime gets progressively later. Arguments get progressively longer, harder to avoid, definitely more difficult to win

It’s heart wrenching and warming all at the same time. But you know what though, I wouldn’t change it for the world. Because this learning to let go, watching your child grow up, seeing them develop their own sense of humour, their own opinions, their own funny little personalities, well it’s part of what being a parent’s all about. And anyway… it’s just a phase. 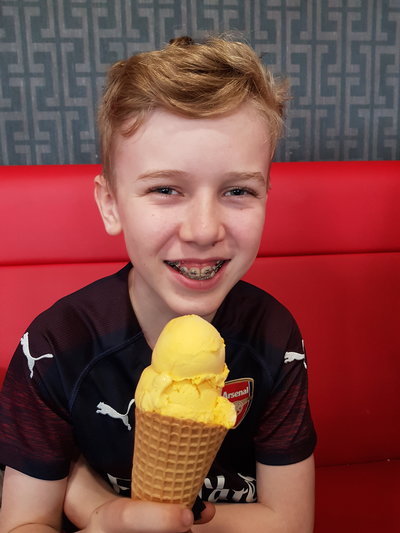 How do you feel about your child growing up?

We’d love to know what you think, so please leave us a comment below or get  in touch via our social pages:

You’ve identified the workout routines that you’re going to carry out and it feels like you’re increasing its intensity as the weeks pass by….