It’s time for my weekly teenage diary extracts again so let’s time travel back to February 1994 and discover why I’m so obsessed with other people getting their hair done, what happened at the disco that I’ve been harping on about, and whether or not I got any Valentine cards

We’re going to have to take Thumper to the vets because her nose and eyes are all watery. I just hope she hasn’t got snuffles. I’m at Sheila’s at the moment with Claudia and I suppose it hasn’t been too bad. It’s just I feel really uncomfortable around Claudia because I get the impression she doesn’t like me very much. I’m going to go shopping at Sainsbury’s with mum next week because then I’ll be able to either buy some really cheap products or a concealer for when I go to this disco. Sheila says she might be getting her hair shaped tomorrow. It’s so unfair, as soon as I say I’m doing something to my hair someone else has theirs done.

Apparently Sheila and Claudia didn’t get to sleep until 2.00am so I must have gone to sleep about 12.00. I don’t like to be unsociable but I was really tired and also A’s given me his cough and cold so I’m not exactly feeling 100%. Oldham beat Chelsea 2-1 yesterday and it was on Sports Night so I got to see Craig Fleming and I now know that he plays in the number 2 shirt. I’ve started writing down what I’ve got on  my videos, I’ve done two but I’ll have to do the other two tomorrow. Valentine’s Day is tomorrow, I will look out for the postman but I know bloody well that no one will send me a card because no one at school fancies me, so I’ve got absolutely no chance. Oh well, I suppose it’s no different to last year.

Guess what? No Valentine’s cards. Oh what a surprise, Dad sent mum a massive bunch of flowers signed from ‘guess who in the east’. Isn’t it just so romantic? I’ve got to wait a whole year until I might even possibly have a Valentine’s. We took Thumper to the vets and they put some green dye into her eye to see if it came out of her nose meaning her tear ducts were clogged, but they weren’t. So they gave her some antibiotics and eye gel which we have to put in her eye twice a day. She also clipped her nails and told us her bum would need cleaning. It only cost £8 so mum wasn’t too bad about it. It snowed today and it’s been bloody freezing. It’s supposed to be about 6 inches by tomorrow meaning I’ll have to walk my paper round. YAWN. 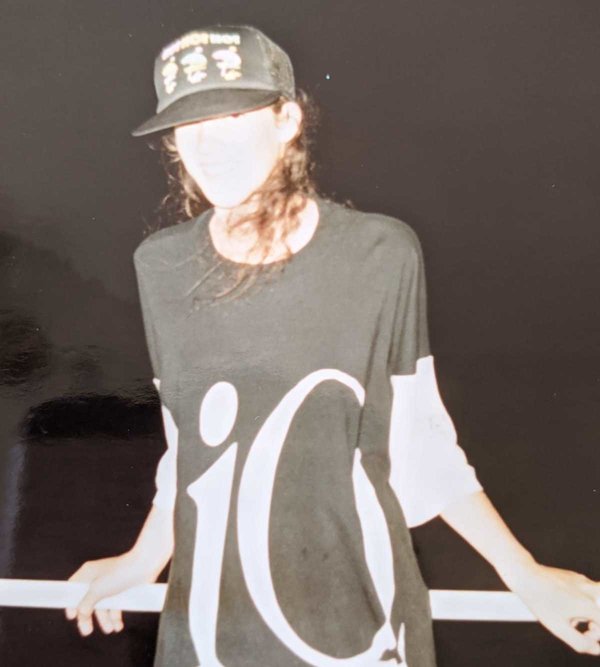 I got a newsletter from the fan club which gave all the dates for a tour which Take That are doing in the Autumn. So I phoned Betty to see if she wanted a ticket only to find that her dad had bought her one yesterday. Anyway I got 3 tickets, one for me, Sheila and Delilah, or if Delilah can’t go, anyone that wants it. Betty is on the flat in block F and we’re on the side in block 14 which the person said was three quarters of the way back, but I don’t think it is. I’m sure it’s the next block along from where we were last time. I can just tell that Betty will have a better seat, but  think that we’ll be able to see better, because we’re on a slope. Anyway it’s on the 23rd September. I’ve found out Mark’s had his nose pierced.

Betty phoned to see if I managed to get tickets and by the sound of things I think we’re only positioned a little way behind her so I’m not too jealous any more. I’ve come up with the idea of taking a really noticeable banner so that they take note of it and realize who we are. Take That won two Brit awards on Monday which is really smart because they only won one last year. Because Bernadette got invited to this karaoke party that Sheila and Claudia are going to and she didn’t want to go on her own, she’s taking Betty. Great, am I the only person not going to this party? Even Cuthbert Gilbert got invited and he’s a total dickhead. Took Thumper to the vets and she’s got to go back in a week. 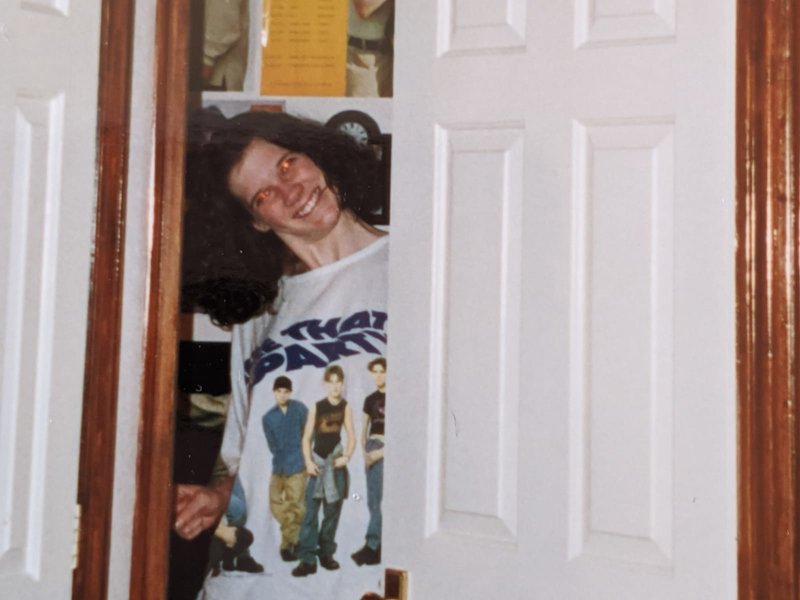 I had my hair cut to about  shoulder length so it’s virtually the same length and I think it looks absolutely gorgeous and it can still be tied back. It’s brilliant. Deborah managed to get another ticket for the disco so she’s coming round here tomorrow at 6.00pm and we’re getting changed together. She’ll look absolutely stunning I can tell because she’s either wearing a dress or her really nice skirt and I know that I’ll end up going in jeans meaning I won’t exactly look very glamorous, but never mind, it’s obvious I won’t meet anyone nice there. If there are nice boys I’m going to dare Deborah to ask to dance with one and hopefully she’ll dare me and the boy will accept.

Guess what? All this hassle and the bloody disco was cancelled because not enough tickets were sold. And even worse, when we asked Vivian if we could stay in Chippenham, cos she followed us, she replied “I’m not letting you stay on the streets at 8.30”. We passed these two women and they stopped and  said “you’ve got a nice tummy, but it’s cold do you want o borrow my jacket”. They were obviously drunk but it was so embarrassing, just because I was wearing a short top. So me, Sheila and Deborah came back to my house and we decided to go down to the Queen’s Head, which at first I was unsure about because I didn’t think they’d let us in, but you can get in at 14 as long as you don’t buy alcohol.

If so why not head on over and have a read – 5th February – 11th February.